AS a professional nit buster, Rach thought she'd seen it all.

But earlier this month, the Australian TikTok star came across a case of lice so severe that she wished she could shave her client's hair off. 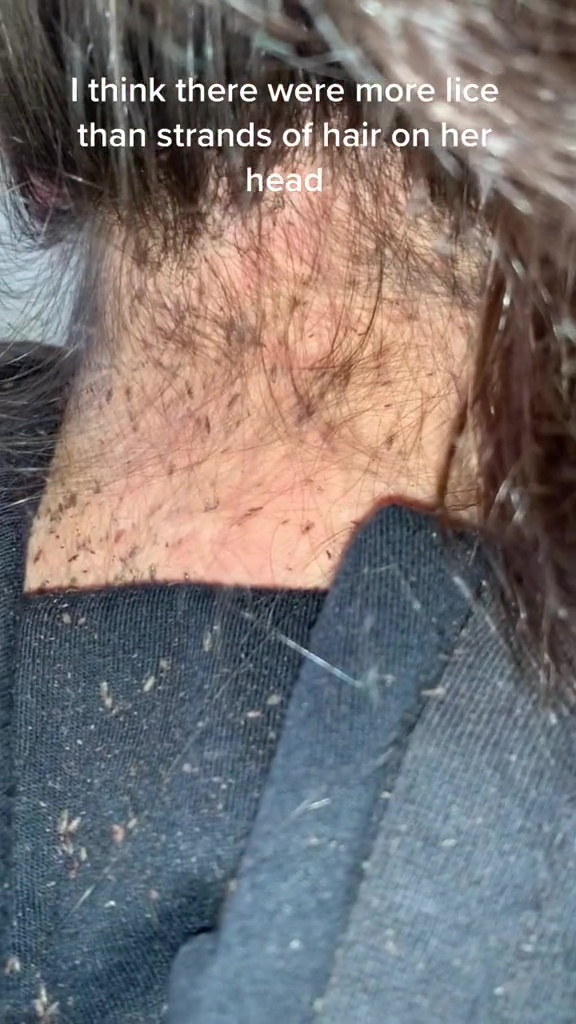 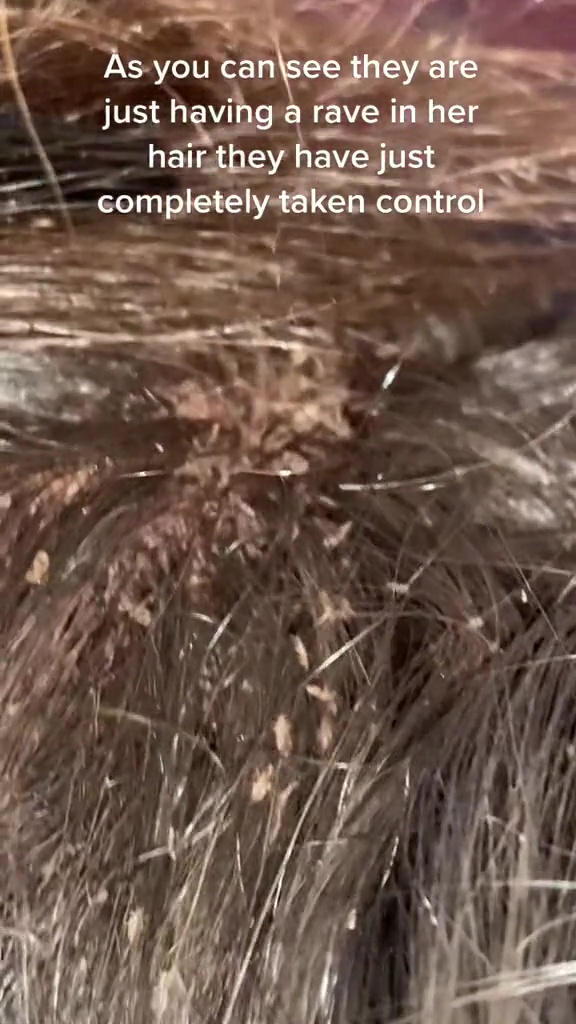 In a viral video that's racked up almost 43 MILLION views, Rach walked her followers through the process of removing the nits which were having a "rave" in this 13-year-old girl's hair.

To begin with, the expert zoomed in on the thousands of eggs that had been laid in the girl's roots.

She said: "My first thought when a client comes in like this is, 'OH MY GOD – this is a whole dang lot of lice."

Sharing stomach-churning footage of the nits crawling all over the girl's scalp, Rach added: "As you can see, these lice are having an absolute rave in her hair – they've absolutely taken control.

"I think there were more lice than hair strands on her head."

As her hair was so infested with nits, there had even begun falling out and down onto her neck and arms.

"They were literally everywhere," Rach continued.

"There was no more space in her hair so they were crawling into her face and DRINKING BLOOD OUT OF HER FACE."

Getting into the nitty gritty of it (no pun intended), Rach then filmed herself combing through the hair and taking out huge wads of nits.

She added: "When I say there were a lot, it's an understatement.

"They got on the floor, they got IN my shoes so they will get a super big clean after this."

Rach then finished the video by sharing a clip of her "popping" the nits under a glass. 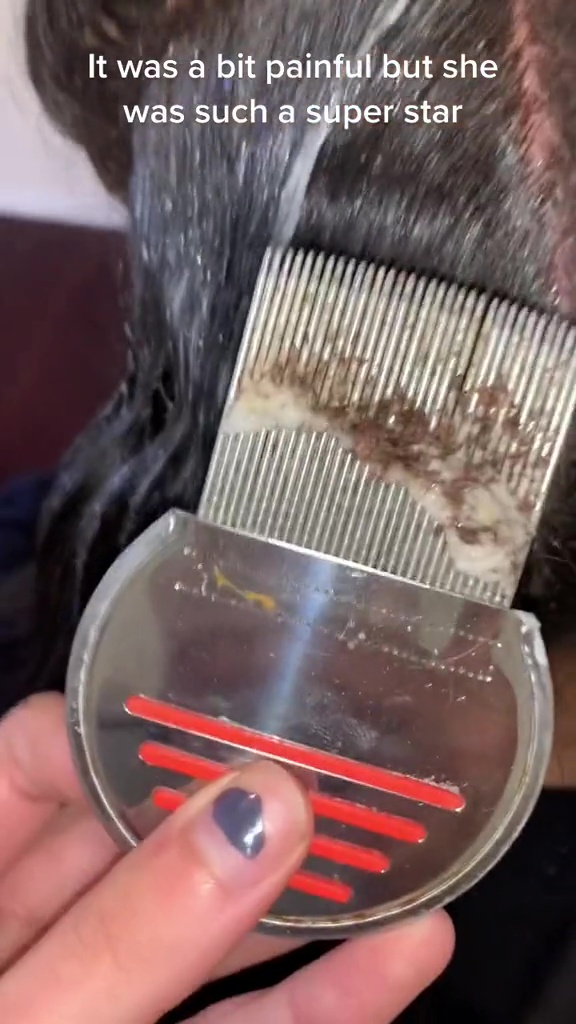 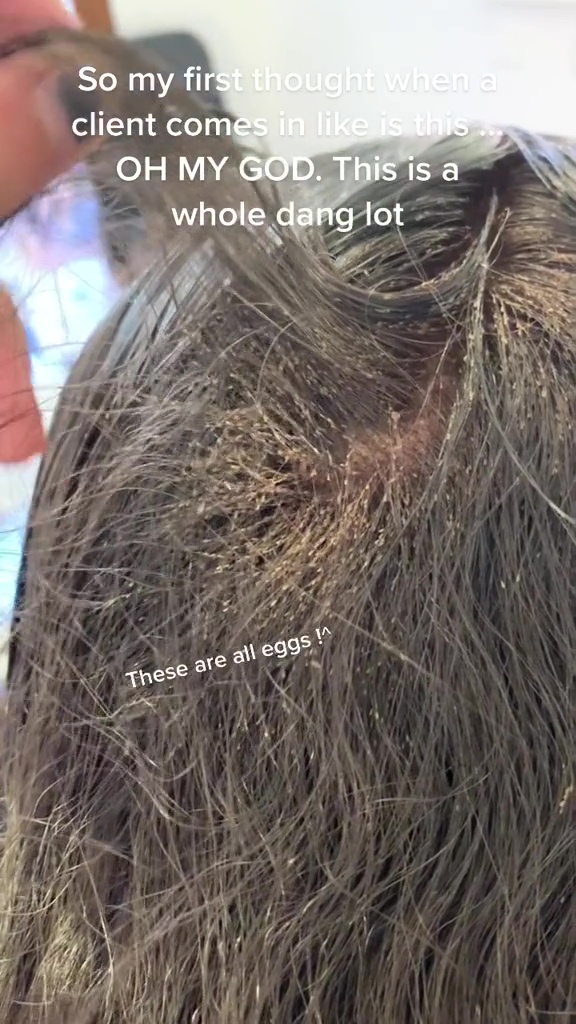 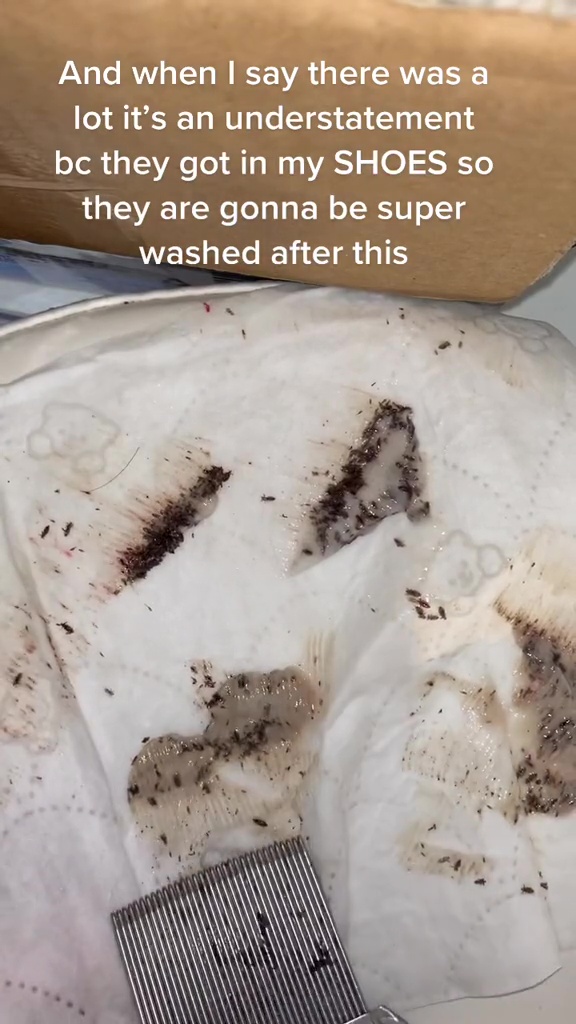 What are head lice?

Head lice are tiny insects that live in hair.

Typically, they grow up to 3mm long, making them are difficult to spot.

They can cause an itchy scalp and general discomfort as the parasites live by feeding on human blood.

Nits are particularly common in school children aged between 4-11.

But it isn’t just kids that can suffer with the itchy critters as researchers recently revealed an explosion of head lice infestations in centrally-heated, draught-free homes across the UK.

Even though head lice are largely harmless, they can live in the hair for a long time if not treated and can frustrating to deal with.

"My head is getting itchy just watching this," one viewer replied.

Another added: "How can it get this bad omg."

In response to viewers' concern, Rach added: "Just so everyone knows – I do report cases like this with a youth service worker team.

"This girl is getting the help she needs."

For more viral stories, this woman was left mortified as family point out VERY rude meaning of upper thigh tattoo & her alteration only made it dirtier.

And this couple who didn’t pay for homebuyers’ survey for ‘dream home’ stunned by terrifying find under walls.