A MAN has earned the praise of the internet after sending his date an exit survey to fill out before and after their date.

His date, Katrina, posted the Google Form to her TikTok account, maytheeleven, where it has been viewed more than six million times. 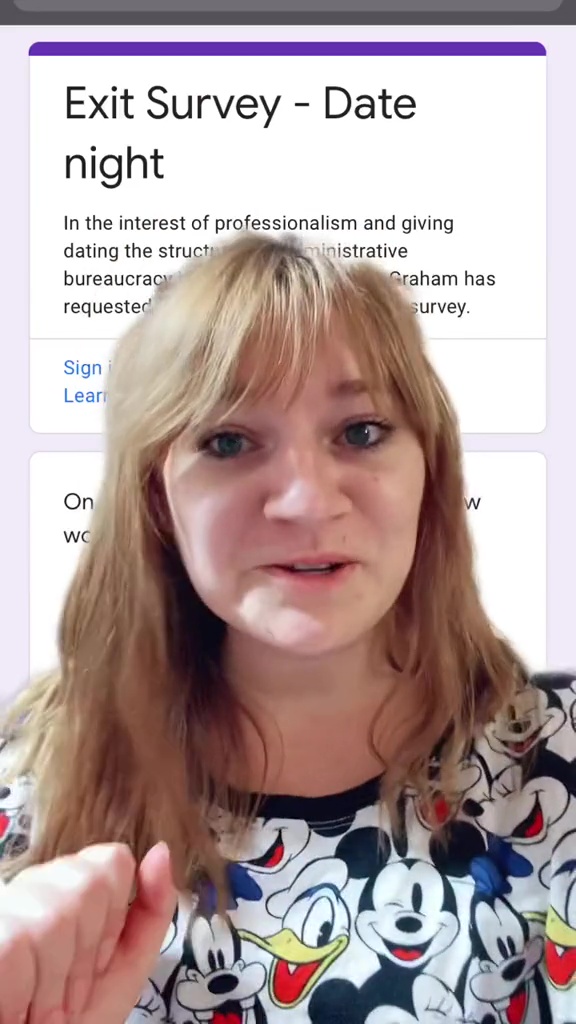 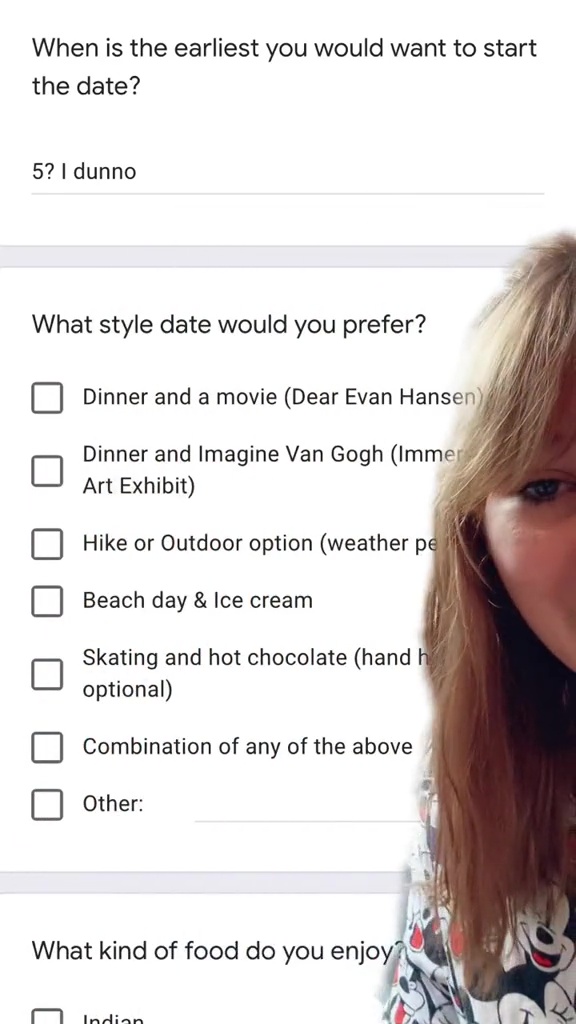 In the video, Katrina says: "A friend of mine recently asked me on a date, and after I said yes, he sent me a Google Form."

She then shows the survey her date Graham created for her so that she could create the perfect date for them.

He had written in the form: "You have agreed to go out on a date with Graham, Congratulations!

"He promises you a good time with your preferences in mind."

Graham offered a variety of different styles of dates from dinner and a film, an outdoor hike to a beach day and ice cream so that Katrina could tick off whichever one she prefered.

He even asked what time Katrina would like the date to start and offered an 'other' box for alternative date suggestions, which Katrina approved of.

He also gave her a checklist of what food she would like on the date, which Katrina confessed she selected all as she isn't picky when it comes to food.

She was then offered a scale from one to five on how fancy-schmancy the date should be. Katrina chose everyday casualwear but said; "I appreciated the option, he would have shown up in a suit and tie if I had selected it, I'm certain."

Graham even informed his date that he doesn't have a car, and asked if there is any additional information he should know before the date commenced.

Whilst Katrina was driving to the date, he sent her a 'casual' invitation to attend as well.

Katrina said the date was lovely, but to her surprise he followed their evening up with an exit interview.

"In the interest of professionalism and and giving dating the structure and administrative bureaucracy it has always deserved.

"Graham has requested you fill out this optional exit survey."

The exit questions are just as hilarious as the dating ones.

"On a scale of Awkward to Charming how would you rate Graham's performance?

Hilariously, Graham asked Katrina to "describe our date as a shade of blue."

Graham also asked Katrina to tick off any physical or psychological side affects she may have experienced from the date such as; nausea, heartburn, fear of the abys, foot pain, cared for, heard and loss of smell or taste.

Katrina was also asked to summarise the words she would use in a TikTok or song to describe their meeting, and Graham finished the form by giving her the opportunity to add any further comments.

One user said: "Dude may not have a car, but he does have game."

Another user commented: "If I'm not getting a Google Form from my next date I don't want it."

One user praised the form saying: "This. This is a GREEN flag."

"Graham is now setting the new standard and my people, it is HIGH." Exclaimed another user.

The Google Form must have worked as the duo are still happily dating, Graham has even shared his Google Form on TikTok after being inundated with people asking for it to use themselves. 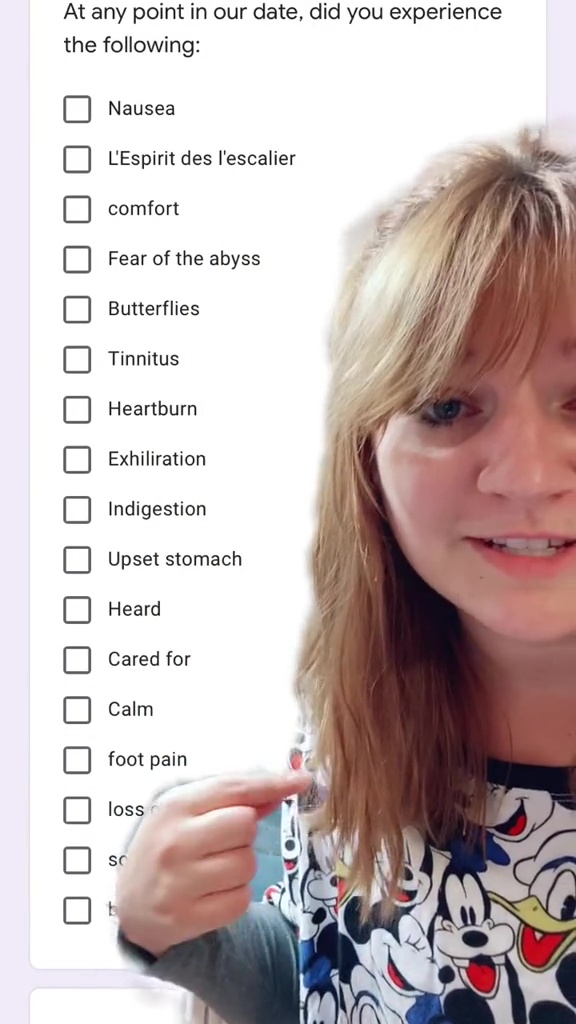 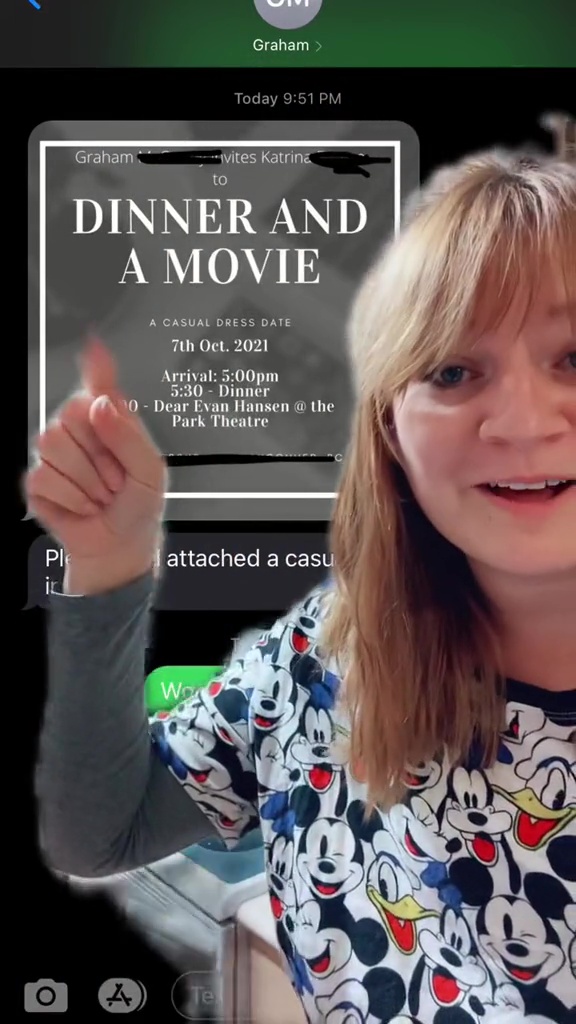 For more dating stories, a woman recalls her horrific date where she was called a catfish by her date when they met in real life as she was 'bigger' then in photos, he still asked for sex.

Plus, I helped deliver my best friends baby, then realised my husband was the baby daddy.

Meanwhile, a woman has confessed to charging her wedding guests to pay for the wedding as she wants to save for her home.