A MUM has shared her "leopard woman" trick to stop her kids making mess and parents think it's genius.

But some warmed it was the stuff of nightmares for little ones and could actually "traumatise" them. 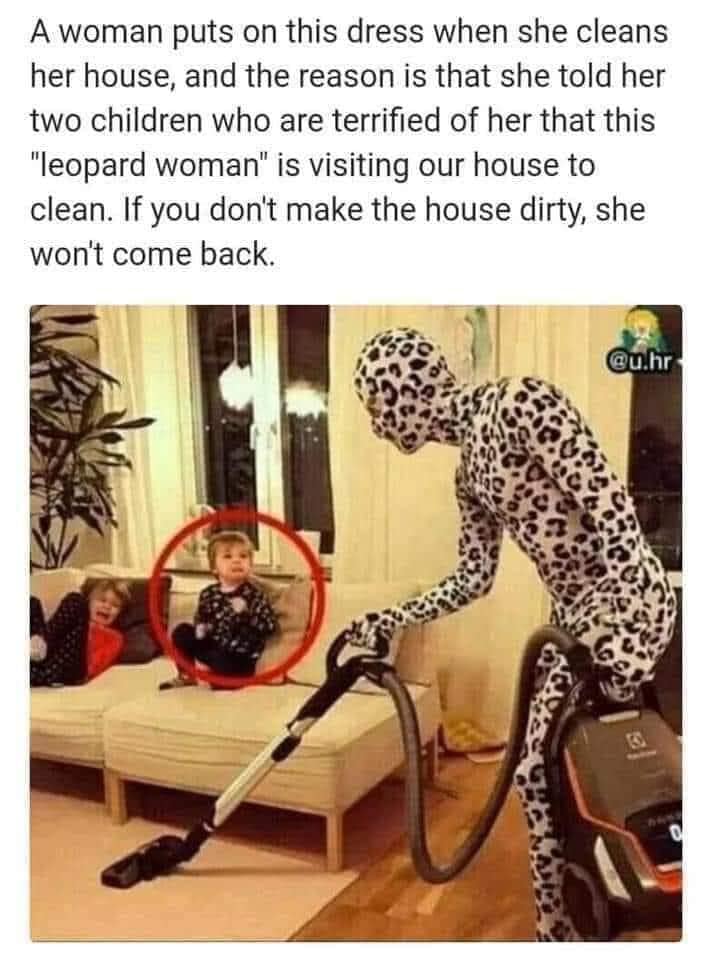 The viral image shows the mum dressed up in a leopard print morph suit to vacuum – while her kids are clearly upset.

Its caption reads: "A woman puts on this dress when she cleans her house.

"And the reason is that she told her two children, who are terrified of her, that this 'leopard woman' is visiting our house to clean.

"If you don't make the house dirty, she won't come back." 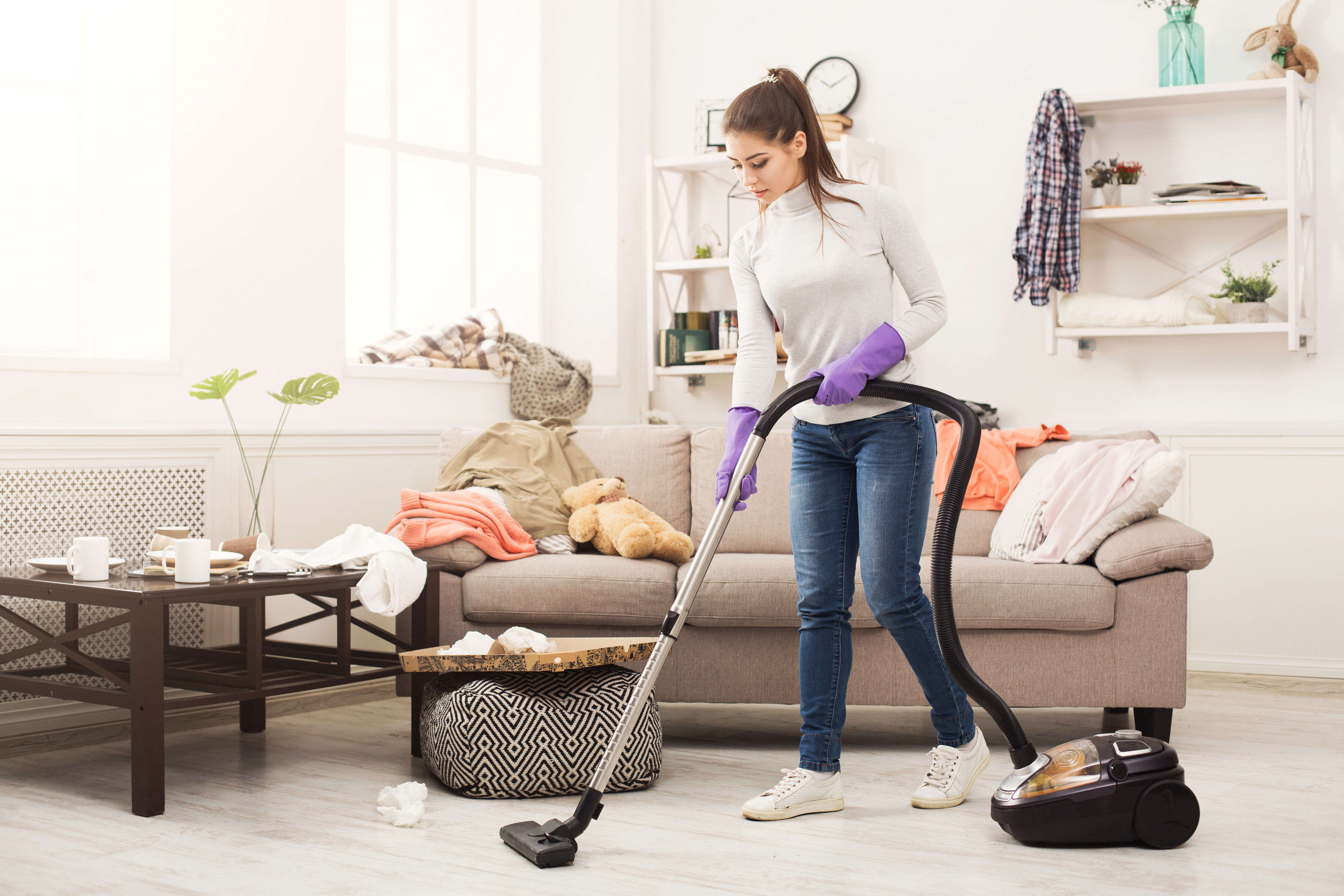 People have described the trick as "twisted but hilarious" and it's divided opinion.

Some thought the tip was genius, writing: "this is amazing" and "I wonder if it works on the husband too!!"

Others raved: "this is brilliant", "hilarious" and "think we should try this".

One mum said: "I'm GUTTED I didn't think of this all those years ago".

But others felt the trick was horrible, writing: "can you imagine?! Traumatise the kids a little more!!"

Another mum commented: "Your house may be clean but I wonder what nightmares they have and how many times they wake up scared at night?"

While a third said: "It’s funny, but I couldn’t terrorise my kids".

And a fourth asked: "Who else wants to slap her with the hoover ..poor kids".

Another mum said: "I’m glad I’m not the only one thinking this is a very cruel idea – my kids would have nightmares".