A DEVASTATED mum has sent a heartbreaking plea to her 11-year-old son's bullies and claims their cruel words have "broken him".

Mum-of-four Amy Hanson, from Kirkby in Ashfield, says she wants her son Jayden's tormentors to see the "damage" they have done since they starting picking on him when he was three. 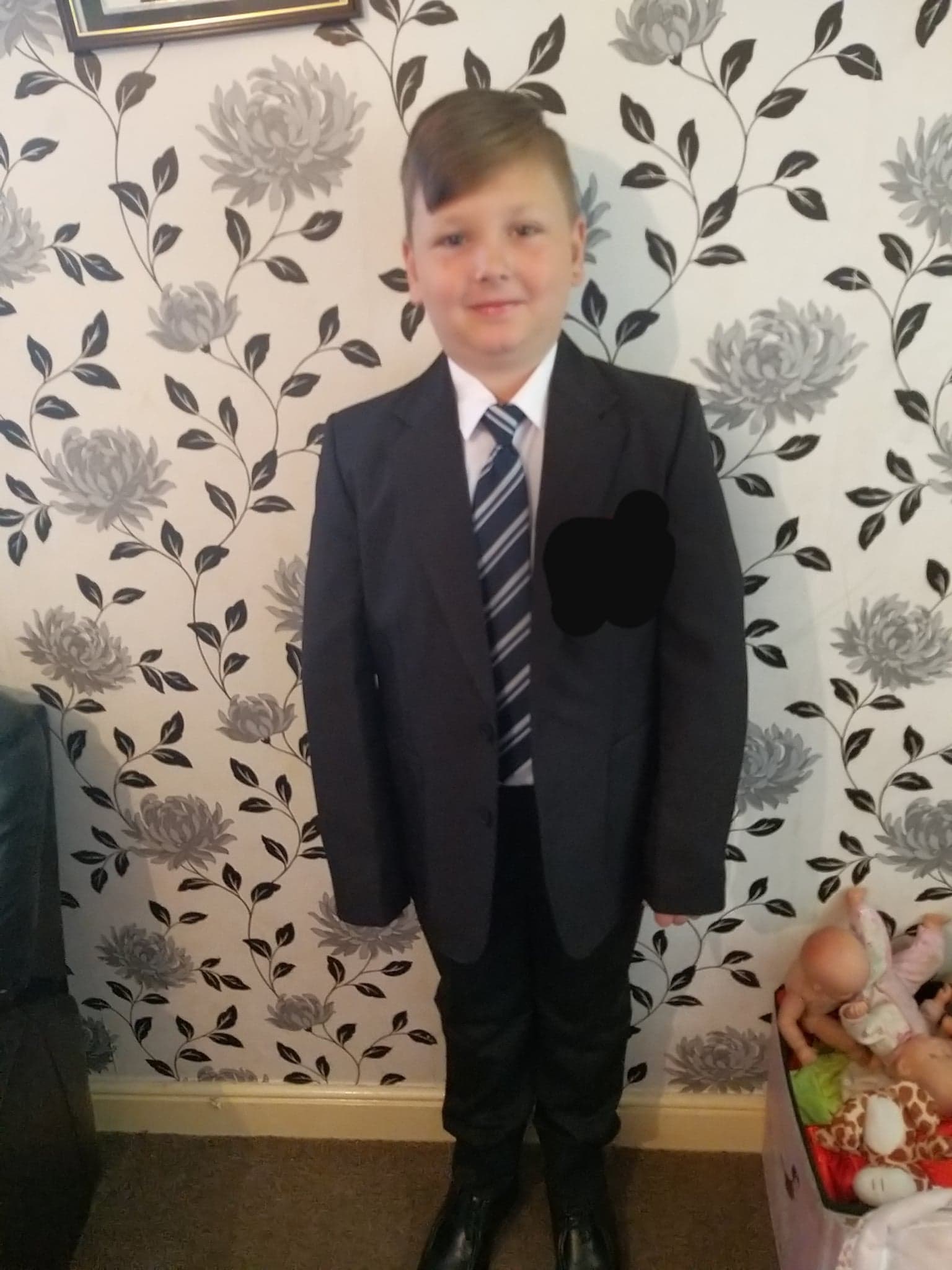 The 31-year-old was left furious when she was sent a video of her partially-deaf son being slapped, punched and strangled on the school buys which has been posted on social media.

In a Facebook post which has been shared over 120,000 times, the mum explained how her son hadn't mentioned the incident to his parents – and when they pushed him for answers, he told them: "I'm used to it now."

"This right here is my son and I will no longer watch him suffer day in day out from all your horrible bullying. Kids thinking it's okay to give him a slap whenever it suits you but it is not OK to egg people or to hurt my child. 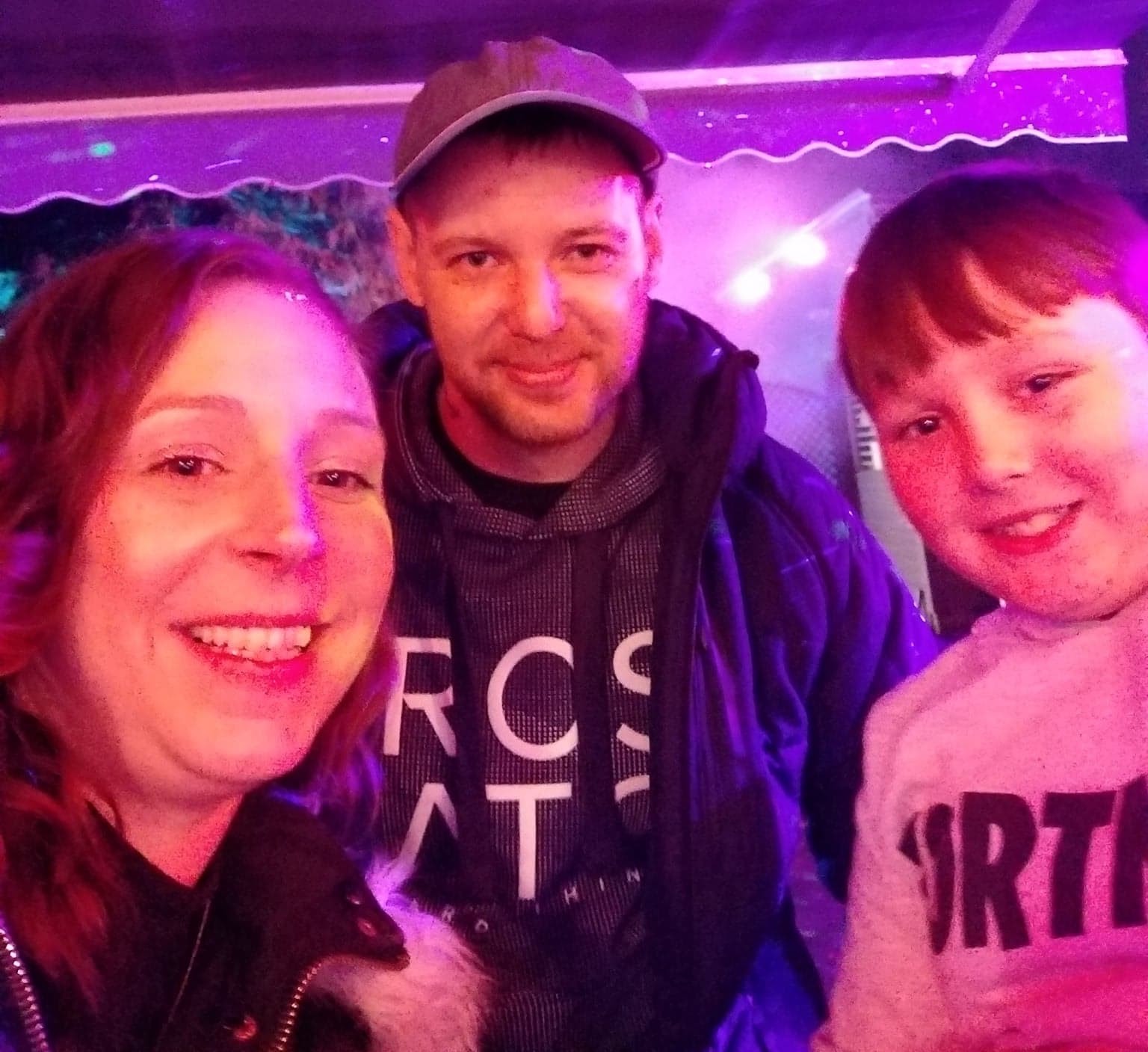 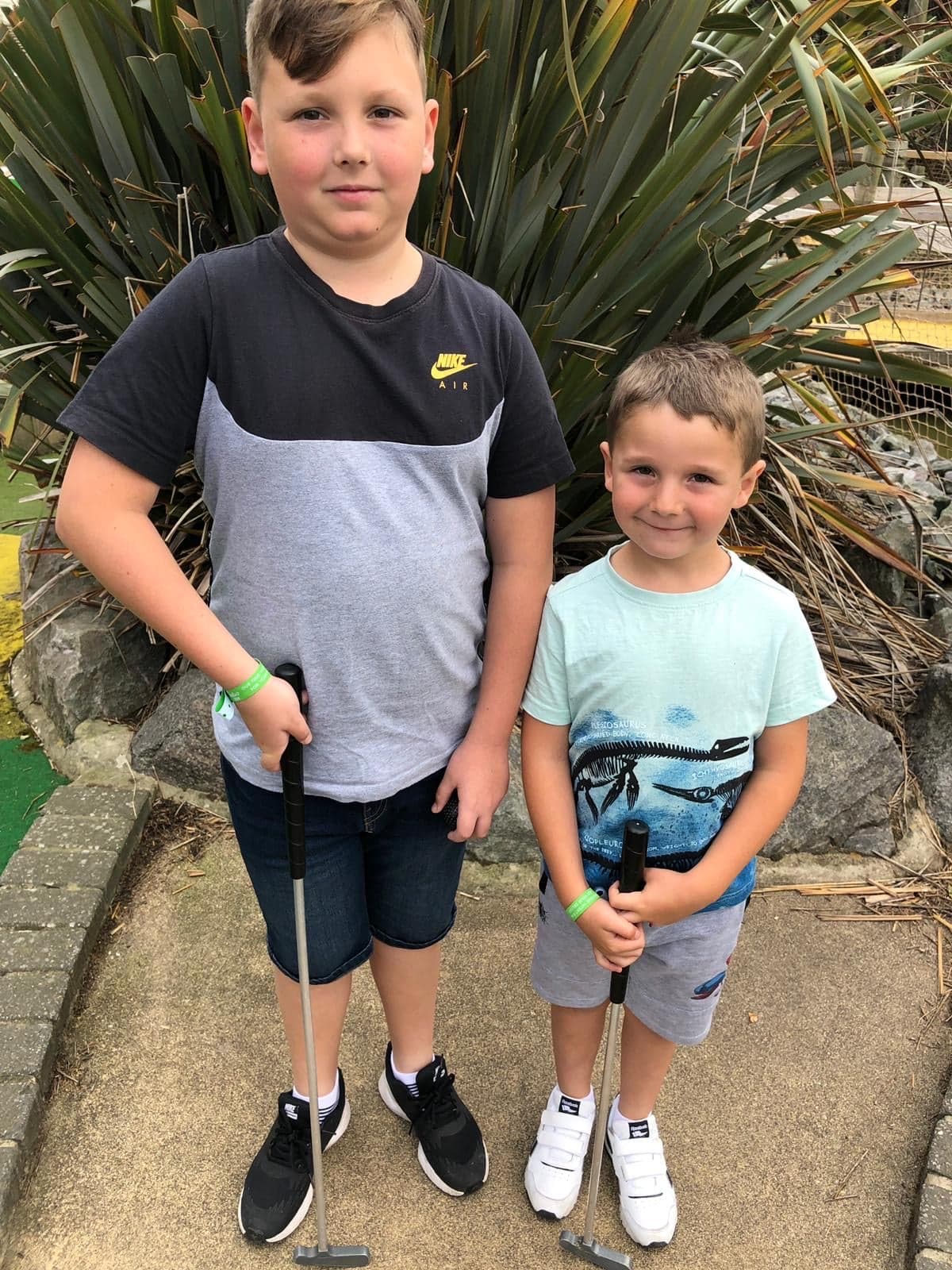 "He is harmless, he is sensitive, he is my son. I hate the fact we have fought this since he started his first journey in school and now it continues.'

Although Jayden has tried face the bullies, Amy continued: "He tells me everyday he's OK and he's happy but inside he's a broken boy who braves the world to continue to be your punch bags. I pray one day you see the damage you're all doing.

"This boy right here he told me tonight, "It's OK Mum, I'm fine. I've got used to it now." This is a goddamn joke, why should my son get used to being slapped, punched or being strangled like it's a goddamn hobby?"

Addressing the bullies directly, Amy concluded the emotional post: "I hope each and every single one of you who have hurt my boy or called him fat, deaf or ugly have a fantastic sleep knowing you have done this to him, you have made him the insecure person he is today. 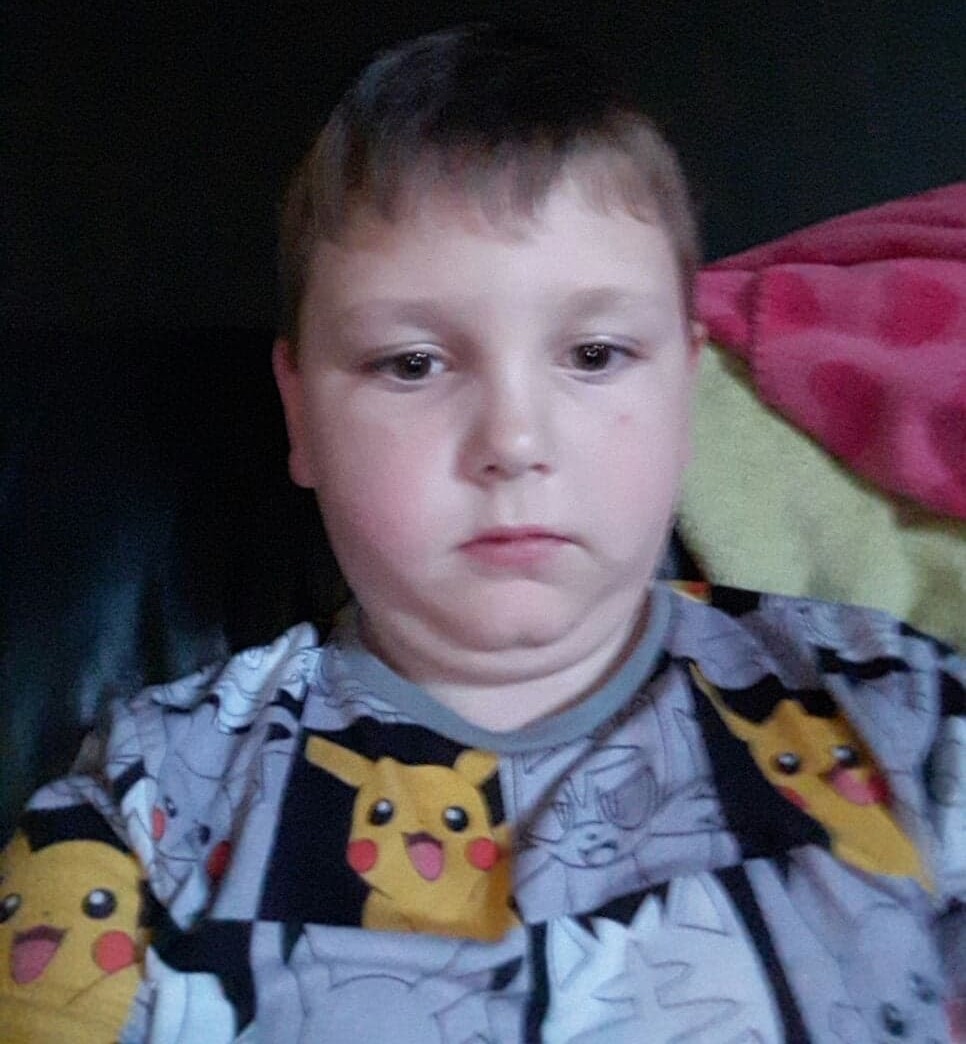 "The reason he doesn't leave his bedroom, how dare you video him and put it all over social media. Now let's see how far this post gets about you. This is all your fault and I hate you all."

When she was set the footage of her son being tormented two weeks ago, Amy revealed she immediately broke down in tears.

After the video was shared online, Amy and her husband Daniel, 34, tried to find out what had happened – but Jayden urged them not to get involved.

Describing the cruel taunts Jayden has to put up with on a daily basis, Amy said: "It was name calling, where bullies would say he was fat or call him deaf because he is partially deaf.

"He has always been picked on since he was in nursery from the age of around three."

"One time, he wore a Nike hat on non-uniform day and the boys took it off him, chucked it around and called it fake."

Describing how bullies have affected her son, Amy explained: "He used to be quite bubbly and cheery; he isn't a naughty boy and he would do anything for anybody.

"However it has affected his confidence and he doesn't like to leave his bedroom."

"He just wants to sit in his bedroom. He does have a couple of friends but they are all a little bit shy."

Naturally, Amy fears the bullying will only get worse as Jayden gets older.

She explained: "I fear that one day I'm going to be sat at home and receive another text message with something more serious, or even worse, a call from the police to say Jayden is in hospital.

"He has gone through days where he hasn't eaten at all from the bullying – but then on the other hand, he sometimes eats as much as he can, as to him, he is already fat – he is constantly being told by bullies he is fat and ugly, so why stop?" 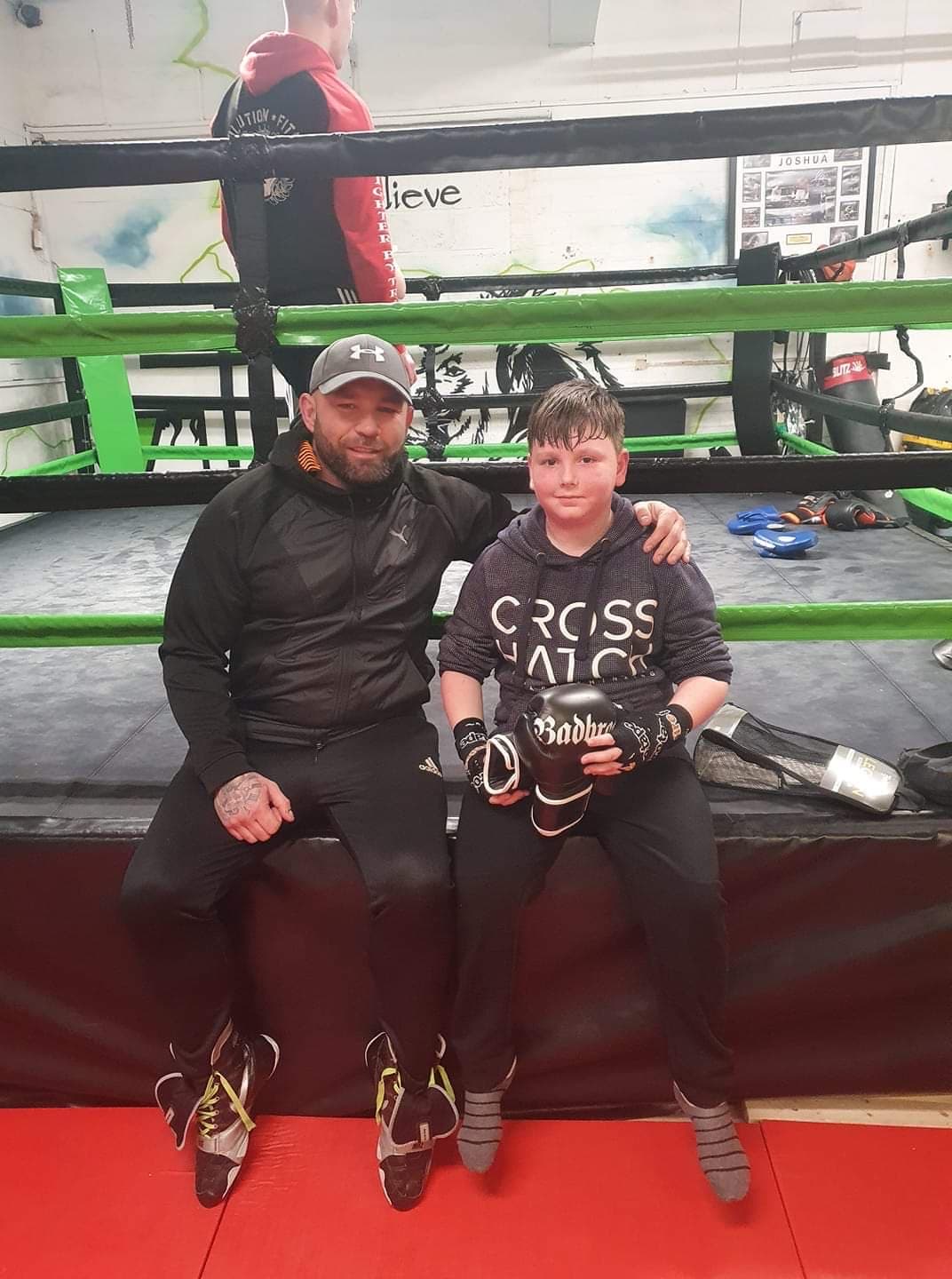 Since the attack on the school bus, Jayden has now returned to school and is being allowed to there later and leave early to avoid coming in to contact with the bullies.

The mum added: "It is so out of Jayden's comfort zone and I do not condone violence but I am hoping this helps him learn how to protect himself should something like this happen again.

"Neil actually took a membership away from the bully who attended the gym and told him not to come back because he doesn't tolerate bullying."

However, the reaction to Amy's post hasn't all been positive.

She said: "Some people commented and said I need to "grow a pair and be a better mum, stop being useless and use actions rather than words.

"When I saw the video, I saw red and instantly wanted to cause a scene, but when I thought about it, if I go out and start fighting with the bullies' parents, it's not going to get me anywhere and it's going to show my son that hitting people is fine when it's not."

But above all, Jayden has been delighted by the warm response most people have had to his mother's post.

Amy said: "When he received his first card through the post he was over the moon. I saw a smile on his face that I haven't seen for a while."

For more parenting stories, this mum-of-16 was shamed for buying "too much" toilet paper amid coronavirus stockpilers – but it was just her weekly shop.

And this teen was sent home from school for charging 50p a squirt for sanitise to fight coronavirus – but his dad says he's a "legend".

Plus this thrifty mum-of-two reveals she's ALWAYS stockpiled to give her family "security" – and it could save you thousands.