MEGHAN Markle included a secret romantic touch to her outfit at the National Theatre last week.

On Thursday, the Duchess of Sussex, 38, was pictured wearing a delicate gold pendant that appeared to contain a sentimental message for her husband Prince Harry, 35.

The £400 necklace, named the Love Pendant, is a creation of designer Sophie Lis, who revealed the heartfelt meaning on Instagram.

This phrase loosely translates to “Every day I love you more, more than yesterday, less than tomorrow”, and is a line from 19th century French poet Rosemonde Gerard’s The Eternal Song.

It’s not known if the necklace was bought by Meghan to show her ongoing devotion to the Duke of Sussex, or whether it was intended for either him or baby Archie. 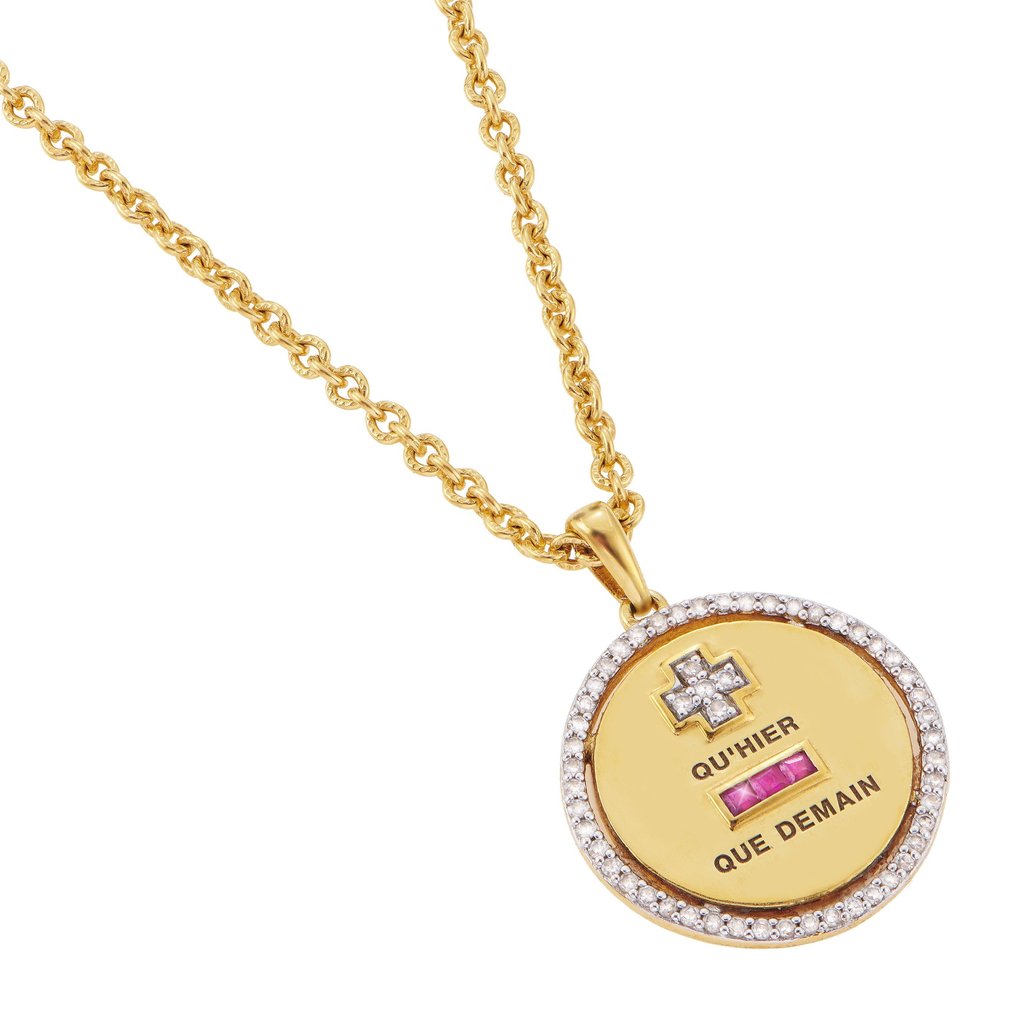 The necklace was seen as the Duchess made a secret solo trip to the National Theatre in London – which will remain one of her patronages after Megxit.

During her visit, she took part in an Immersive Storytelling Studio, and also caused a stir wearing a £29 Topshop top with statement puff sleeves and sheer finish.

The Duchess tucked the pretty top into a £595 white jacquard pencil skirt by Roland Mouret.

Previously Meghan has worn a necklace decorated with “Virgo”, which is Harry’s star sign thanks to being born on September 15. 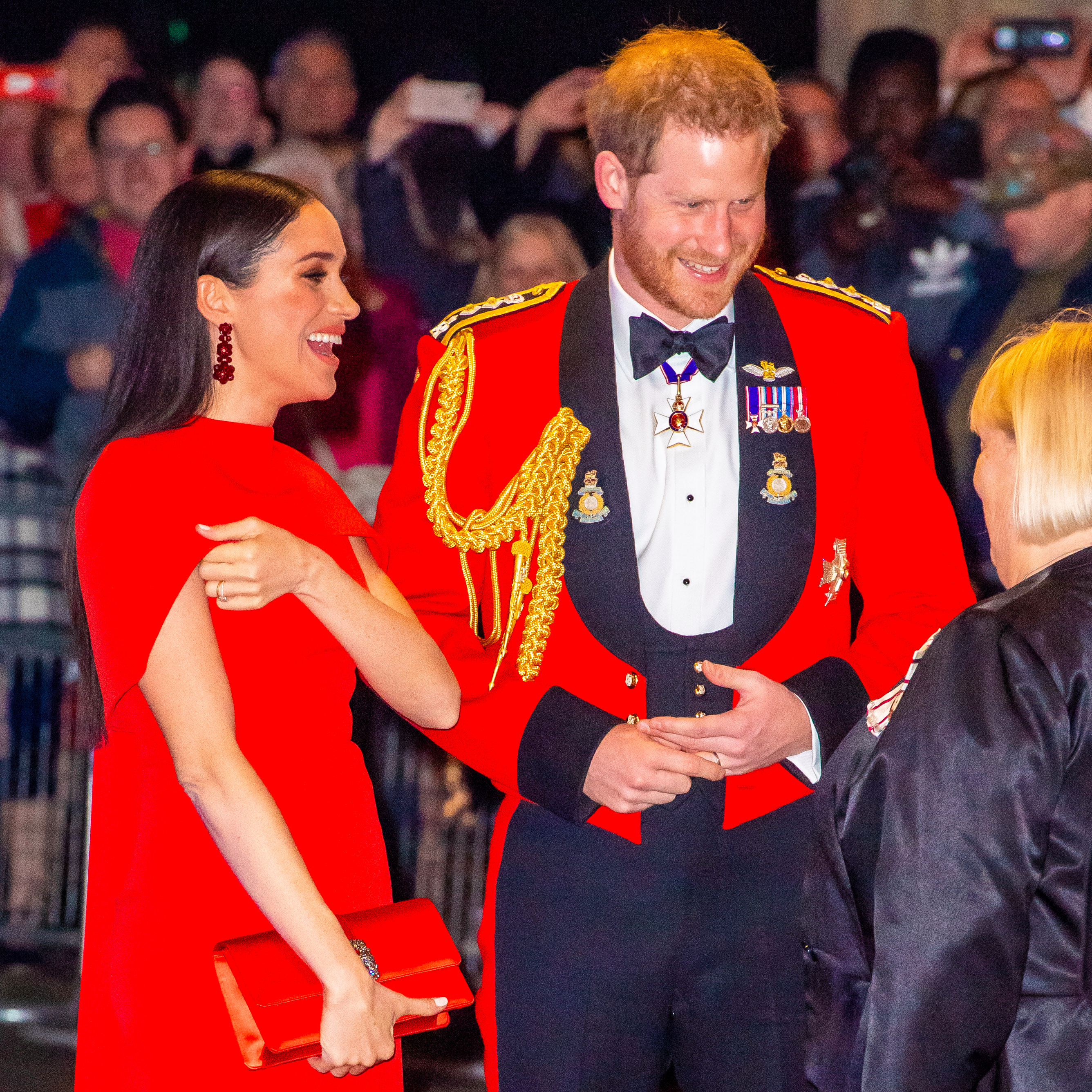 The Duke and Duchess of Sussex will today attend their final event as Royals before striking out on their own to start a new, "financially independent" life.

Meghan and Harry, who have left son Archie in Canada, will be guests at the annual Commonwealth Day service at Westminster Abbey, in their first public appearance with the Queen, Kate Middleton and Prince William.

During her UK visit, Meghan also visited Robert Clack School in Dagenham, East London as she fulfilled the final round of her royal duties before officially quitting the Royal Family. 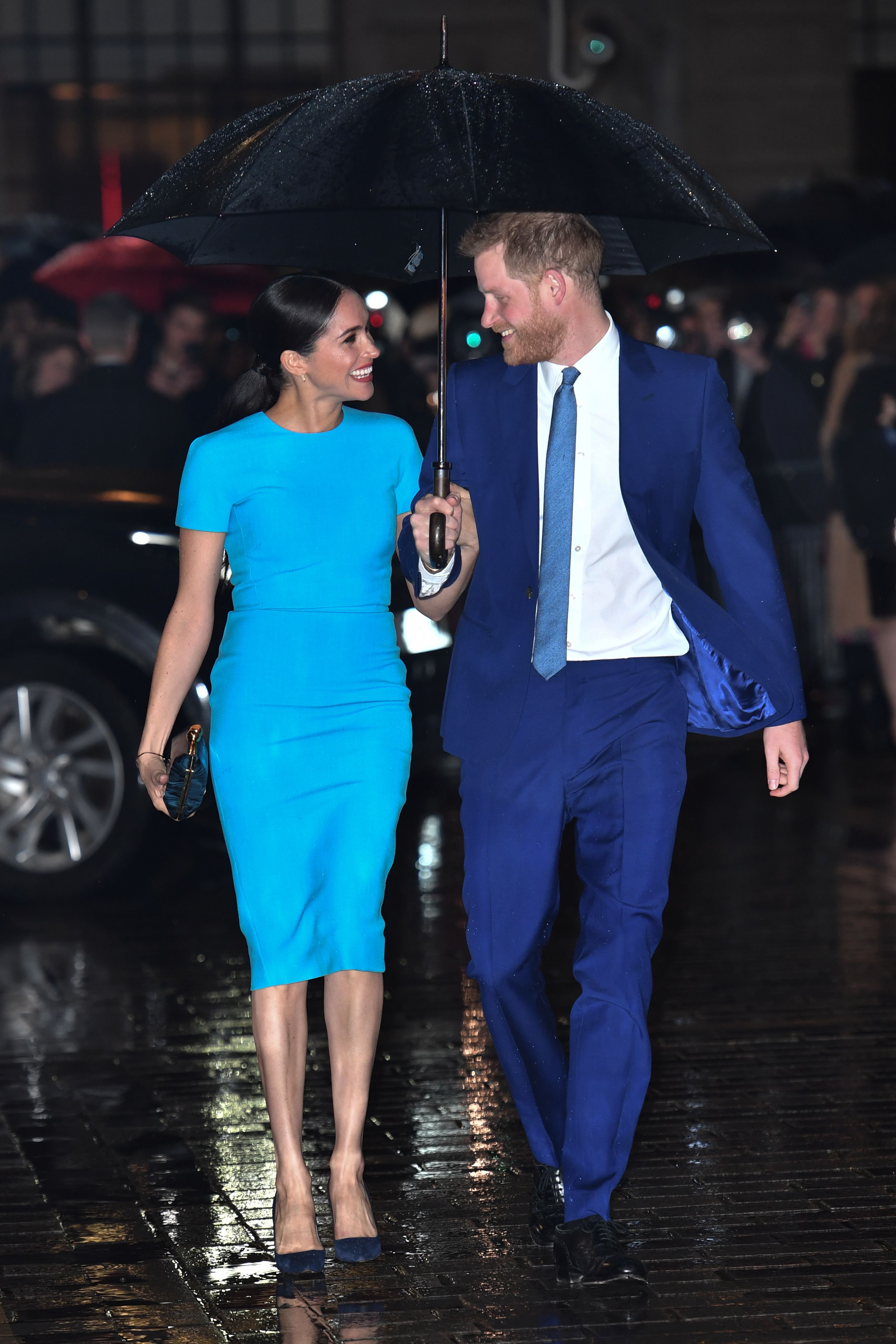 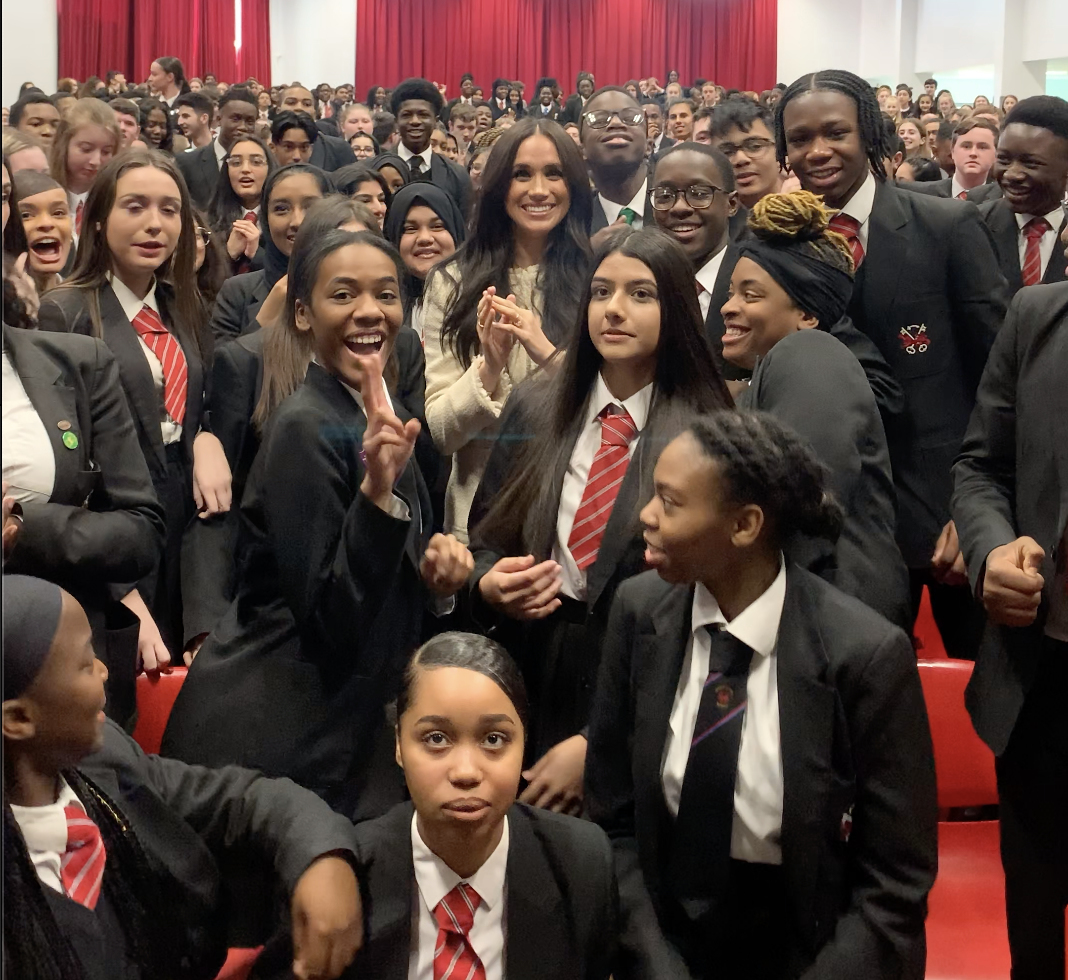 It comes after a tumultuous few weeks that saw Meghan and Prince Harry move to Canada after their dramatic announcement they would become "financially independent" in January.

In a statement released last month, the Sussexes agreed Harry and Meghan would not perform any official duties after the Megxit date of March 31.

Harry’s aides say the couple will return “regularly” to the UK, with him attending the London Marathon in April as its patron.

Both will be at the Invictus Games — the sporting event for wounded servicemen that Harry created — at the Hague in the Netherlands in May.

And actor Riz Ahmed tried to "spud" the Queen when he was baffled by her peculiar handshake.

Plus Meghan Markle was "too good" for the monarchy and a "smiling face in the dull institution", Hilary Mantel has claimed.

Tags: £400, Markle's, Meghan, neck
You may also like
Celebrities News