After an 18-month hiatus from the fashion industry, Raul Lopez is back on the scene with the season’s newest “It” bag. 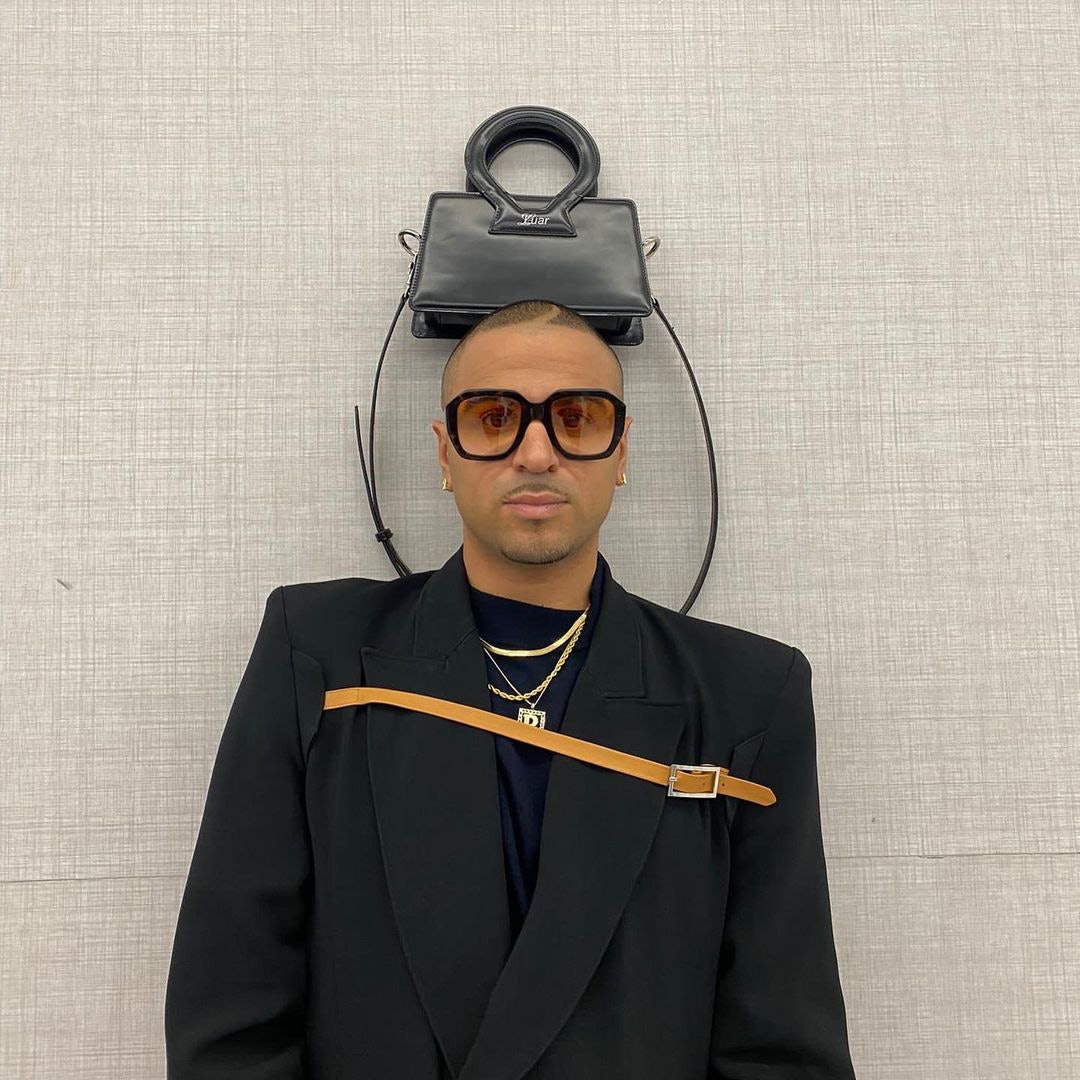 After waiting out much of the pandemic in the Cayman Islands, the Williamsburg, Brooklyn-based designer Raul Lopez and his indie brand, Luar, re-entered the fashion space last month with a flourish. He started off his reintroduction with a show at New York Fashion Week—his first in three seasons—showing off modern takes on ‘80s suiting, wide-shoulders, pinstripes, and leather chest straps. The star of the show, however, was arguably a little bag carried by a handful of the models, one that melds ‘80s structure with ‘60s mod, with a sturdy round handle offset by a boxy base. The bag in question has been dubbed the “Ana” by Lopez, named after many important women in his life. It has been seen on the arms of Dua Lipa and Troye Sivan, so it’s no surprise that when the bag finally dropped for consumer purchase earlier this month, it sold out in just two and a half hours. “It felt like Y2K, when everyone thought the world was going to end,” Lopez told W about the drop. Below, the designer gets into his inspiration behind the bag, his decision to flee NYC during the pandemic, and why he felt like he owed it to the city to eventually come back.

What was your inspiration behind the Ana bag?

I wanted to make a bag that could carry literally everything, but also be taken from day to night. I’m not a person who tends to go home and change. I dress for myself and I like something that completes my look. I can just wear sweats and go. Athlesiure has become so popularized in pop culture, fashion, and even business—people want to put on a good bag and complete the look.

You’ve talked about Michael Kors and his ubiquity as inspiration for your brand. What is it specifically about him that inspires you?

I come from pre-gentrified Williamsburg and, growing up, you would see Michael Kors bags everywhere. When I traveled to the Dominican Republic, I would go to the hood there and these kids are carrying MK bags and wearing MK flats. I’m like, “What the fuck?” The products’ prices are at a point where it feels like luxury, but it’s still affordable. I’ve always said I want to do luxury at a Michael Kors entry level, meaning under $300.

How did the bag end up on Dua Lipa and Troye Sivan?

You know what’s so crazy with Troye? I had no idea it was happening and literally my Instagram just started getting crazy and I was like, “What the hell is going on?” And then when I started seeing Troye and then I saw the bag, I was like, “Holy shit.”

[Dua’s stylist], Lorenzo [Posocco], loved the brand and got it on her two or three days after the show, which was also crazy because I didn’t know anything about that either. I mean, I knew they were pulling pieces, but I didn’t know it was going to come up so quickly. People started seeing her in the street and doing Instagram videos, like “Dua in Luar.” I remember I was at lunch and I was like, “Oh my God.” And that’s the vibe: the Ana is for everyone, from Troye to Dua. It’s not just a specific person or a specific demographic. I tell people, “Luar is for the culture. It’s for everyone.”

What about the coat Dua is wearing? When is that coming out?

Last night this very good friend of mine came up to me and she was going nuts about the coat. I had to tell her I didn’t know when it would be available because we’re launching little by little. I don’t want to go too crazy. Taking a break gave me time to really rethink the brand and how to manage it. Before, I probably would’ve been like, “Release everything! Let’s get all the money!” But now, I’m more into slow and steady wins the race.

You recently returned from a fashion hiatus in the Cayman Islands. What made you decide to take a break?

It was a really good thing to do as an artist, as a designer, as a human. We’re so conditioned to be on this hamster wheel, and I was always so scared of taking a break. I mean, I hadn’t had a break since [Hood By Air] in ‘05 or ‘06, I just went straight into Luar. People call me granny because everyone comes to me and asks for advice. I’m always consulting the girls, but I didn’t know that I myself was depressed, dehydrated, and sleep-deprived. Eventually, friend was like, “You look sick” and I really did. I didn’t even realize I was going through so much mentally, physically, and emotionally.

I ran down to the Cayman Islands and that was my saving grace. A brand is like a kid, you’ve got to nurture it, you’ve got to feed it. The break allowed for a rebirth and a renaissance for Luar. I was able to bring it back in a way where it was super nurtured and loved and I was able to give it what it needs to thrive in the future.

What made you decide to come back?

In a way, I didn’t want to let New York down. I didn’t want to let all these people that I love, my community, down. I felt good enough to come back in May. By that point, I already had the collection ready to go—I had sketched it over a year before, but I wasn’t ready [at that time]. I felt like an oyster, and that’s why the collection was inspired by an oyster. I have this really tough exterior, but I am soft and mushy on the inside. It took a long time to cultivate this beautiful pearl.

You mentioned your former brand, Hood By Air, which is having a resurgence via Shayne Oliver at the same time as Luar. Have you spoken to Shayne at all recently?

We’re so super supportive of each other. I love Shayne, that’s family. I didn’t know he was coming back because I wasn’t here, but we’re really similar in a lot of things and we think alike. [Hood by Air is another] child of mine. It’s like when you give birth to the baby and the parents split up, but they’re still on good terms. Shayne kept custody of the baby, but I’ll still come in and be like, “Oh, that’s so cute. I love that. That’s gorgeous.” And he’ll come backstage at my show and will start going crazy. I feel like people want us to be enemies, but we really aren’t.

Can you describe your style in three words?

When I’m just running errands, I’ll wear sweatpants, a button-up, and trainers or a kitten heel. Sometimes I feel a little more femme.

Tags: A, created, Lopez, Lu, Luar's, Raul
You may also like
Celebrities News