WOMEN should be given the option to do their cervical cancer checks at home to save lives, experts have said.

So-called "DIY smears" would remove the need for women to go for a screening, which many put off doing due to embarrassment and busy lives. 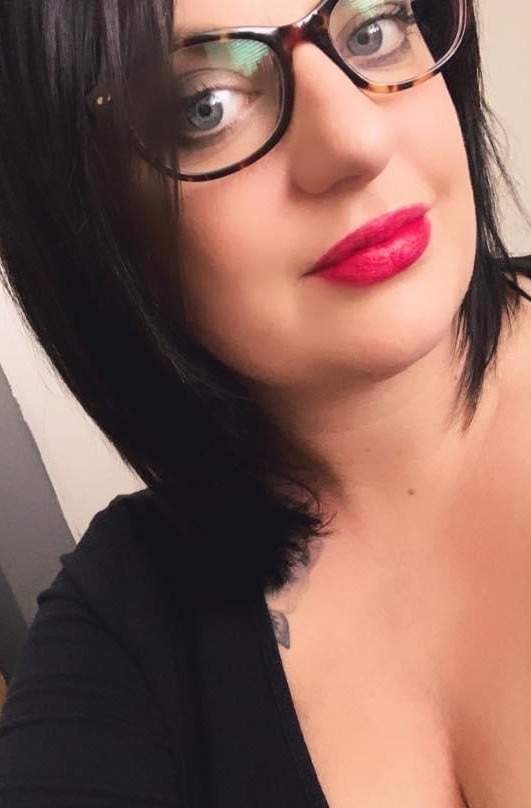 Jo’s Cervical Cancer Trust, which is pushing for at-home cervical cancer checks, has found 62 per cent of women would prefer this method if it was proven easy and reliable.

The home test involves taking a quick swab inside the vagina and sending it off in an envelope for laboratory tests.

Doctors look to see if the sample contains human papillomavirus (HPV), a viral infection which causes 99.7 per cent of cervical cancer cases.

HPV is very common because it is passed on through sexual activity, and most infections cause no problems and go away within two years.

But of the more than 100 different types of HPV, two are high-risk and linked to the development of various cancers.

During cervical screening, offered to women between 25 and 64, a small sample of cells is taken from the cervix – the neck of the womb – and tested for HPV.

But home-sampling with a swab has been shown to be an accurate and reliable way to do the same job.

And now two pilot studies will trial if the uptake of home testing is high – one started in London in January 2021, following Dumfries and Galloway in the summer.

If successful, the home kits could be rolled out on the NHS as a solution to declining cervical screening attendance. 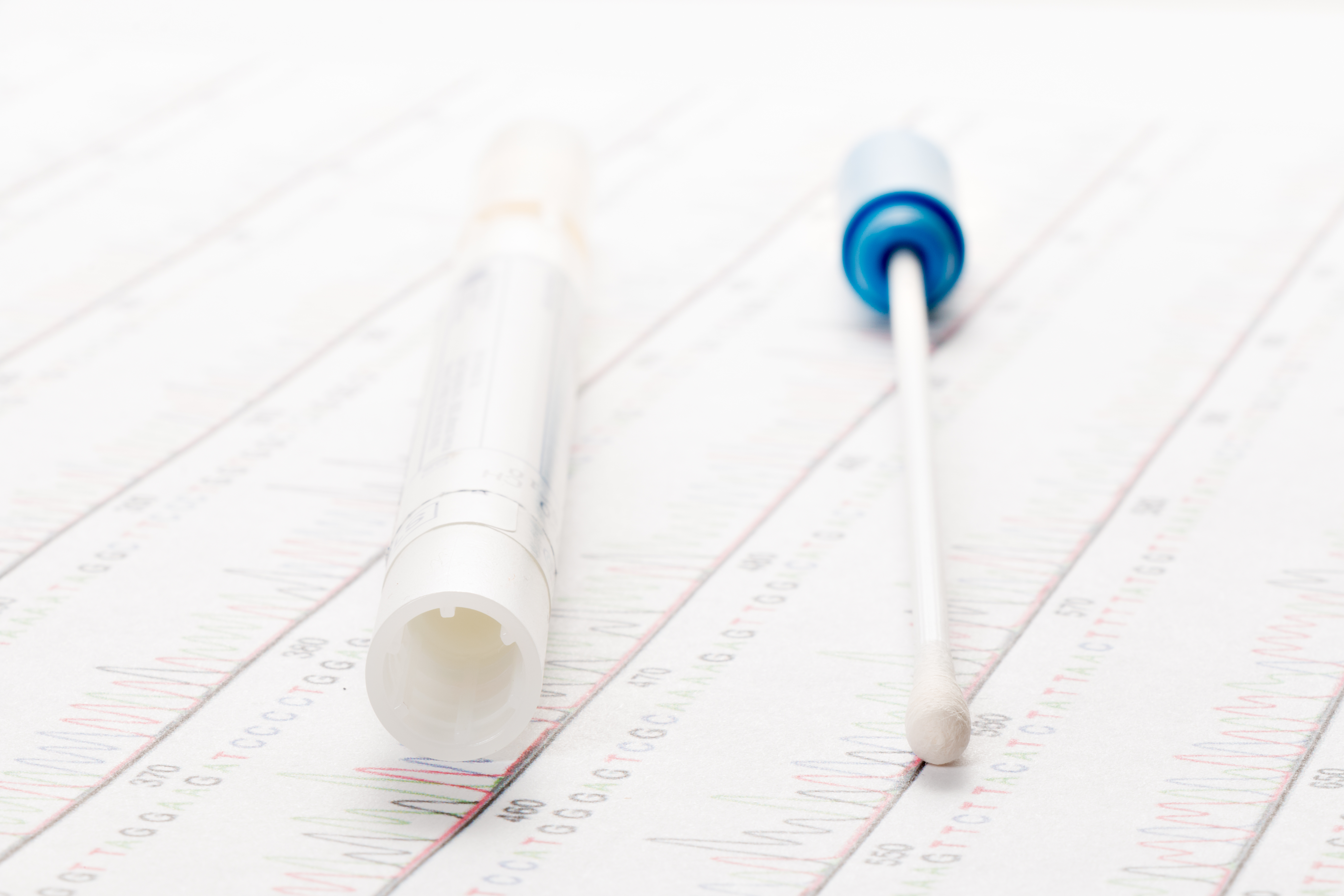 Already one in four women do not go for their smear test, and figures have been falling for two decades.

Difficulty getting appointments, embarrassment, lack of time, fear of pain, having a physical disability and sexual trauma are some of the reasons given by women who don’t go for their smear.

And the problem has accelerated in the coronavirus pandemic, with research conducted by the Eve Appeal revealing almost one in three women (28 per cent) have missed their smear in the past 12 months.

Around 3,150 cases are diagnosed in the UK each year, according to Cancer Research figures.

Laura Flaherty, 34, is an advocate for home smears, having been diagnosed with cervical cancer at 29 years old.

The mother-of-two, from Leigh in Greater Manchester, put off her second smear test for four months after having the "all clear" from her first smear test.

Laura told The Sun: “I kept getting letters coming through the door. It's something you know you should do, but you don't want to, so you think of every reason not to go.

"I had young children, and it was leading up to Christmas – I was decorating, we had nativities and fayres. I thought it could wait." 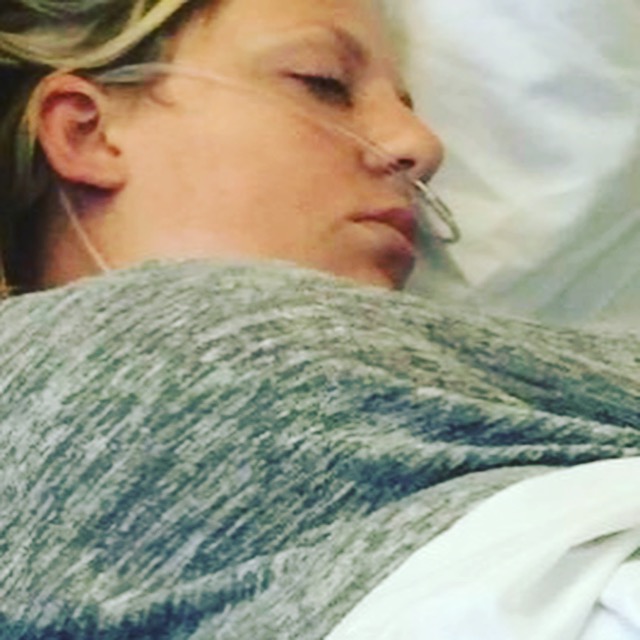 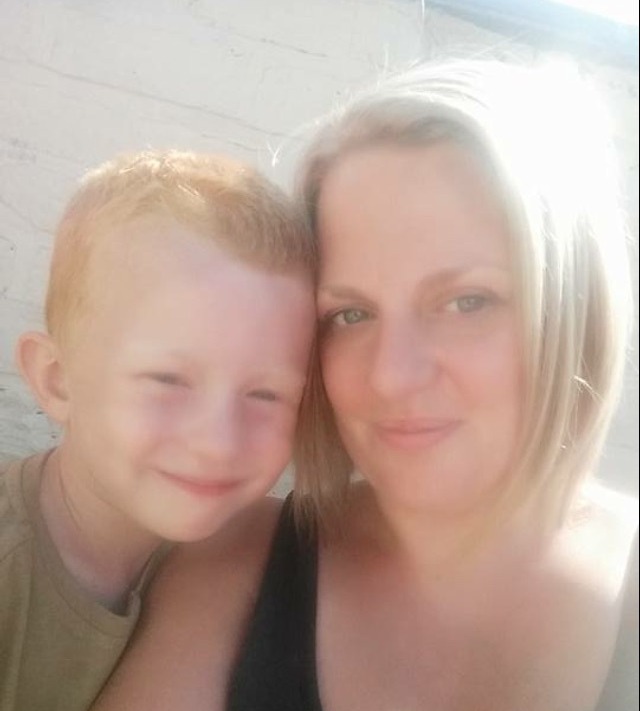 Laura finally plucked up the courage to ring her sexual health clinic one Friday morning in March 2016, and got booked in for a smear.

Six weeks later, Laura received a letter for her results that she had "almost forgot about".

She said: "It was this really long, cold letter full of big words I didn't understand. I just cried, but I didn't know why because I couldn't hazard a guess at what it meant. I just knew it was bad."

Laura's letter told her that she was positive for HPV and had cell changes on her cervix. It didn't mean she had cancer, but that she would need a test called a colposcopy to investigate more.

In June 2016, she was told to come into the clinic to hear her results from the colposcopy and to bring someone with her.

"Even then it didn't sink in", Laura said.

"I just thought, 'people like me don't get cancer. People are ill who have cancer'. I had no symptoms whatsoever."

What is a DIY smear test?

The official name for a DIY smear test is HPV self-sampling.

In the current cervical screening test given by the NHS,, a small sample of cells is taken from the cervix and tested for high risk types of HPV.

If these types of HPV are not found, you do not need any further tests and your risk of getting cervical cancer is very low.

But if HPV high risk types are found, this does not necessarily mean you have cervical cancer. But you may be asked to come for another check-up in a year, or to have more tests to investigate further.

A self-sample, using a long swab, will also test for HPV so it is the same as the current NHS method.

After swabbing, which does not need to touch the cervix, you post the swab to the laboratory where the technicians look for high risk HPV.

Women who have HPV in their self-sample will be asked to have a standard cervical screening test. It is estimated only 13 per cent of women will need to do this.

If the kit is used correctly, following the instructions that come with it, evidence from many studies shows that women are able to collect good samples and self-testing gives very accurate results. A meta-analysis of studies so far was published in the British Medical Journal in 2018.

The test removes the need for women to go to their GP surgery, and there is no speculum involved – the apparatus used to open the vagina.

Dr William Forson, an Obstetrician & Gynaecologist involved in the pilot study at Dumfries and Galloway, told ITV: ""We’ve ran two projects already in Dumfries running these self-samples and women have found them user-friendly and haven’t had any problems or discomfort using it.

"The validity of the test is not in question, how it will be used in the population is what we are trying to test and we are hoping that we can provide the data to inform the national conversation." 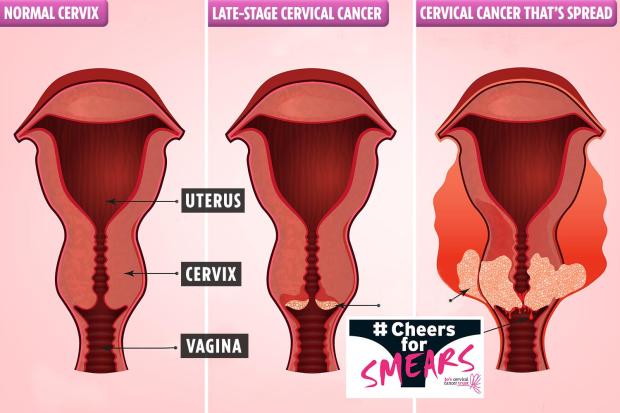 The most common symptoms of cervical cancer are abnormal bleeding, pain and discomfort during sex, pain in the lower back and pelvis, and unusual discharge.

But in the early stages of disease, it can cause no symptoms at all, which is why women need to be screened.

Laura, who has been with her partner Ryan, 36, for 15 years, said: "I decided to go alone in the end. I was a grown woman, why do I need someone to hold my hand?

"They took me in there and there was a Macmillan nurse in the room, and he just said, ‘I’m so sorry, it’s cancer’.

"Everything you know just disappears. In a matter of seconds, I'd gone from healthy to having a killer disease. Those words change your life."

Laura's children, a son called Alex and daughter called Violet, were aged just six and two at the time of her diagnosis.

She said: "I just floored, I cried like I've never cried before. I told them you need to save me, I can't die, I have two young children.

"I just kept saying they'll forget me, I can’t die. I was begging them.

"I felt so guilty for putting my smear off – and how would I explain to my children that if it was bad, that their mum was dying and it was her fault?" 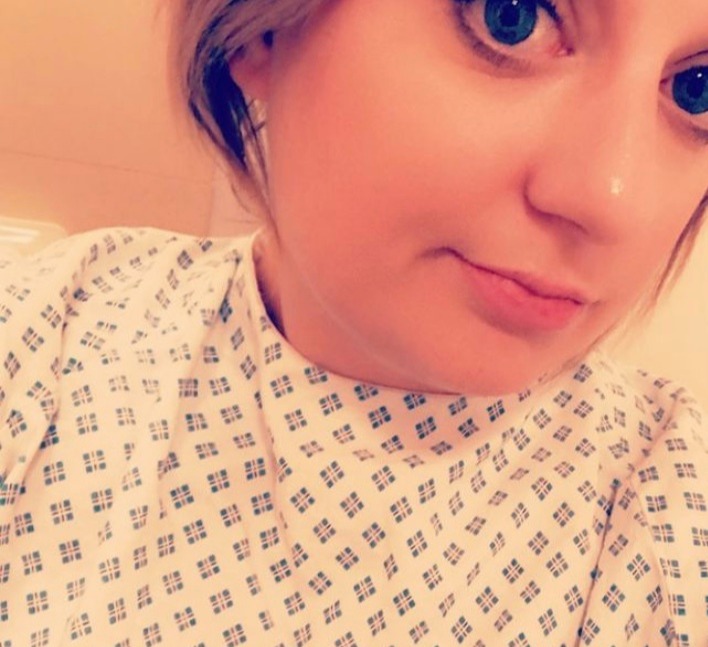 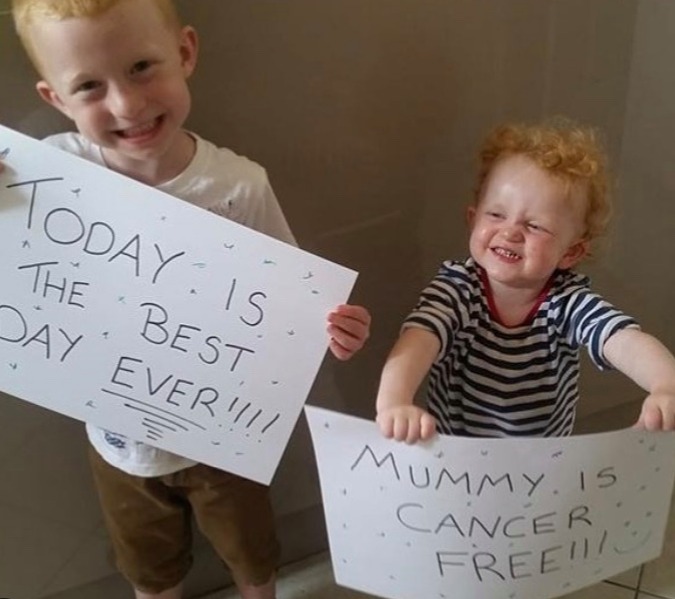 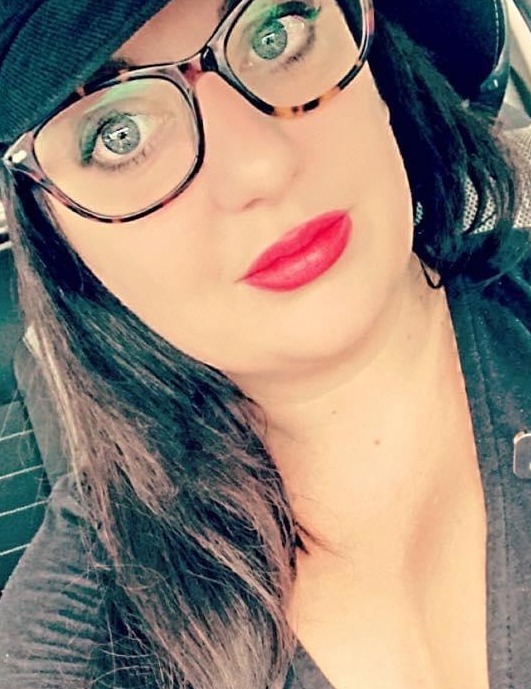 Laura had very early stage cancer and decided the best option was a full hysterectomy, which would leave her unable to have any more children.

In the August of 2016, she was given the "all clear" and has since become a volunteer for Jo's Cervical Cancer Trust to help educate women.

Laura has since been told that delaying her smear for four months would not have changed her diagnosis because cervical cancer grows slowly.

However, she said "it could have gone so much worse" had she left it longer, and considers herself luckier than other women.

Speaking of the home test kit, Laura, who works as a retail manager, said: "If I had been sent a home test I would have just got it done in the evening and posted it off. You don't have to take time off work, or go into a clinic."

She added: "Testing has to move with the times, and this is why they need to push self-sampling now, during the pandemic.

"People are frightened to leave their homes to go to places that are rife with Covid, and if they could roll the tests out, it would take the pressure off GPs under pressure to do vaccinations, too."

DIY smears would be 'game-changing'

“We have a roadmap to eliminate cervical cancer and self-sampling is a key part of this, one that will save lives.

“The pandemic has shown that our NHS is able to innovate quickly and we want to see that extended to cervical screening.

What are the symptoms of cervical cancer?

Cancer of the cervix often has no symptoms in its early stages.

In most cases, abnormal vaginal bleeding is the first noticeable symptom of cervical cancer.

Other symptoms of cervical cancer may include pain and discomfort during sex, unusual or unpleasant vaginal discharge, and pain in your lower back or pelvis.

f the cancer spreads out of your cervix and into surrounding tissue and organs, it can trigger a range of other symptoms, including:

Abnormal bleeding does not mean you have cervical cancer, but you should see a GP as soon as possible to get it checked out.

If a GP thinks you might have cervical cancer, you should be referred to see a specialist within 2 weeks.

“Sadly those who found it difficult before are likely to be no closer to getting tested.”

Research by Jo’s has found that 22 per cent of women are less likely to get their smear during the pandemic, which was highest in people shielding and women from Black Asian and ethnic minority backgrounds.

Fears are centered on catching the coronavirus, added on top of many other anxieties about getting screened.

Dr Edward Morris, president at the Royal College of Obstetricians and Gynaecologists, said: “It’s clear from the survey that women are concerned about the safety of attending smear tests during the pandemic.

“We want to stress that it’s incredibly important women do still attend their cervical screening appointments as they can be lifesaving.

“In countries where this is already offered there has been significant success and has increased the screening uptake amongst all women.”

DIY smear tests have already proved to be a success in Denmark and Australia.

Dr Philippa Kaye, GP and Jo’s Cervical Cancer Trust ambassador: “It’s worrying to think that a further impact of the pandemic could be even lower cervical screening attendance.

“We want to make it clear that the NHS is open. If you have been invited to make a cervical screening appointment, that’s because your GP has put measures in place to make it safe to attend.”

Tags: c, Cancer, cervical, Do!, let, WOMEN
You may also like
Celebrities News