Kate Middleton paid homage to Princess Diana’s 1985 ‘Bond’ premiere dress when she wore a similar gown to the ‘No Time To Die’ premiere.

Kate Middleton, 39, looked absolutely breathtaking at the premiere of the new Bond film, No Time To Die, in London on Sept. 28. Kate wore a dazzling gold sequin gown which was custom made by Jenny Packham and featured a plunging V-neckline, a ruched bodice, long-sleeves, and a long cape that flowed behind her. She accessorized the dress with metallic gold Aquazzura Fenix Pumps and a pair of Onitaa Earrings.

While we absolutely loved Kate’s gown, we couldn’t help but notice it looked just like the dress worn by Princess Diana to the 1985 premiere of the Bond film, A View To Kill. Diana’s gown was by designer Bruce Oldfield and was also metallic but was silver. Not only were both dresses metallic, but they had the same V-neckline and ruched bodice. 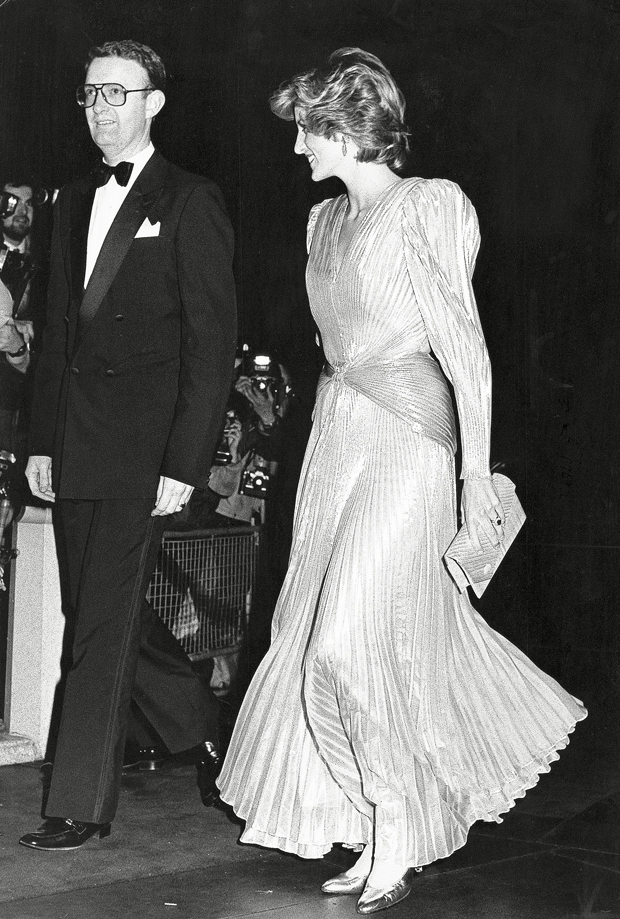 The difference between the dresses was that Diana’s was silver, not gold, and it featured a pleated skirt. Also, Kate’s gown had a cape, but Diana’s did not. However, both ladies chose to wear pointed-toe pumps that matched the color of their gowns. 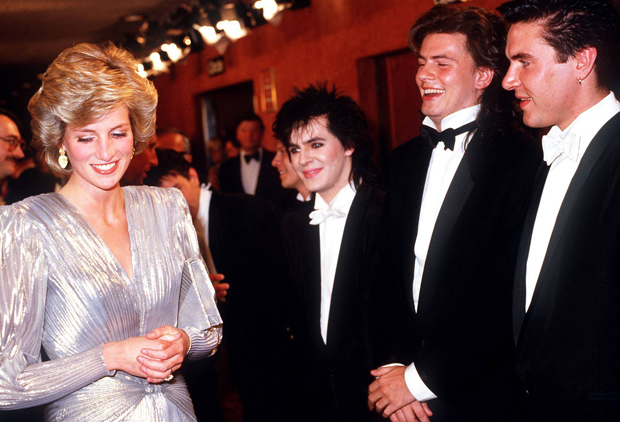 This is certainly not the first time that Kate has honored Diana with her outfits and one of our favorites was Princess Diana’s gold and white gown at a banquet for the German Ambassador in 1986. Kate was inspired by the look when she rocked a similar beaded dress at a 2012 dinner in Malaysia during the Diamond Jubilee Tour.

Whether it’s a gown, a dress, or a skirt suit, Kate is always honoring Diana in her outfits and we love how she pays homage to the mother of her husband, Prince William.