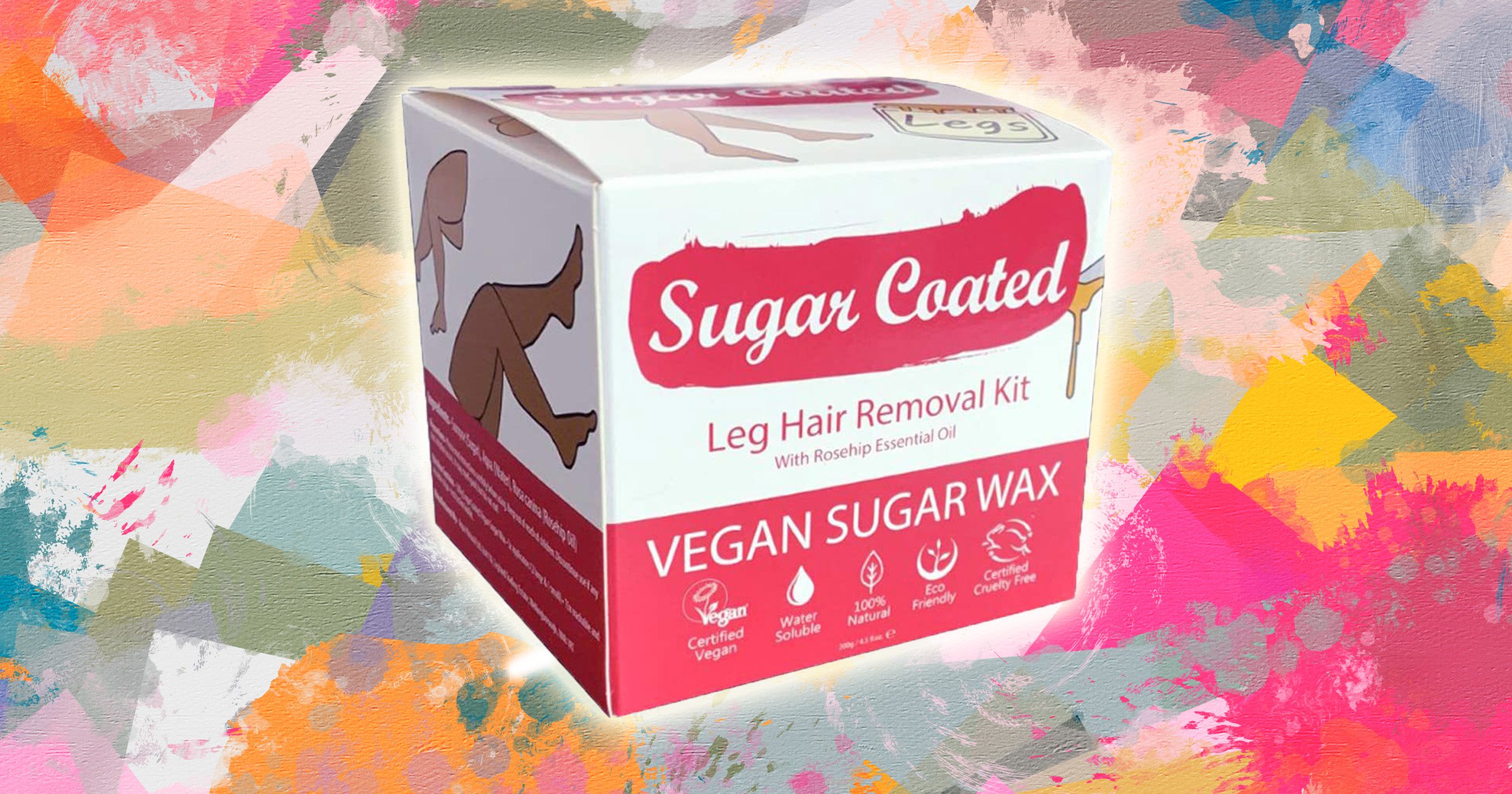 With summer in full swing, my tights are firmly pushed to the back of the drawer.

And though I love my legs getting a little air, it does mean I can’t skimp on the hair removal.

Usually shaving is my go-to because salon waxes are pricey and at home kits have always ended in disaster for me.

So when Sugar Coated offered to send its leg hair removal kit, I decided to give it a go.

It uses sugar wax instead of the traditional hard wax, which can be used at a cooler temperature and the hair is pulled in the natural direction of your follicle’s growth pattern.

Here’s my Is It Worth The Faff? verdict.

What is the Sugar Coated leg hair removal kit?

Sugar Coated offers kits that can be used on legs, the face or bikini line – or for keen waxers, there’s a whole body version.

As my first sugar waxing experience, I chose the leg kit as I wanted to start off easy.

It includes a pot of natural vegan sugar wax, made from just pure sugar syrup and water, with a touch of rosehip oil which is meant to help with moisturising.

You also get 15 reusable strips and three spatulas to help with application.

You can just stick the whole pot in the microwave to get it to a spreadable consistency. It smells a little like caramel, which is nice.

Once at the right temperature, you can use the spatulas to apply an even layer, then simply place a strip on top, press it down and pull it off in one swoop.

It did take me a little while to get used to the technique and I ended up using quite a lot of strips – but as they can be reused, that wasn’t too much of a problem.

One of the best things about the sugar wax is that it’s water soluable and although it’s messy, it just dissolves with a little warm water. When I’ve used traditional wax in the past, I’ve found it really hard to clean up.

Once I’d done one leg, I stuck the strips in the sink and after five minutes or so of soaking, the strips were clean. I then left them to dry before doing the other leg much more successfully later that day.

It did take quite a long time and, as with lots of hair removal methods, expect to bend into all sorts of positions to get to the back of your leg.

I felt like it didn’t hurt as much as normal either, and having it at a much lower temperature seemed less dangerous.

I was impressed with how smooth my legs felt after using the wax. It really took the hair out at the root and once I got the technique, it was easy to use.

The main issue I had was that the next morning I woke up with my legs covered in huge bruises.

I do have sensitive skin and I’m not sure if it was my technique but I’ve never had anything like that before with salon or home wax kits.

It meant that although my legs felt smooth for a good two weeks, I ended up covering them up for most of that time because I was so conscious of what my skin looked like, which sort of defeated the point.

One of the reasons I waxed my legs was because of an event I knew I had a few days later, which actually ended up with a surprise proposal and I’m still sad that my black and blue legs are a feature of my engagement pictures.

Is it worth the faff?

If it wasn’t for the bruises, I would have been a definite convert.

The whole process took much longer than shaving but meant I didn’t have to worry about the regrowth for a few weeks.

The kit costs £9.99 and I think I could have got two full leg waxes from one pot if I hadn’t wasted a bit at the start so it’s pretty cheap.

I might be willing to try again to see if I can avoid looking like I’ve been seriously injured at the end – but I would save it for a week where I’m not too worried about covering up if I need to.

Using sugar rather than hard wax was more comfortable, easier to clean up and gave the same smooth results.

Tags: Beauty, is it worth the faff?
You may also like
Celebrities News