WHEN you've just started someone new, we're all on the lookout for those tell-tale red flags – you know, things like: misogynistic jokes, constantly talking about their ex, poor hygiene, etc.

But butterflies in your stomach? We've always been told to interpret that as a clear sign you obviously like this person. 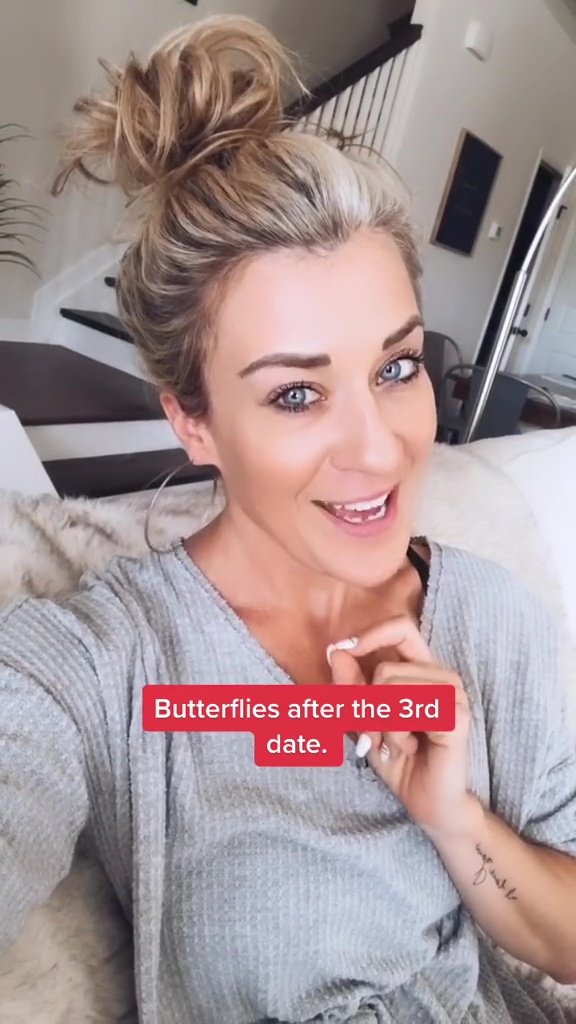 Well according to dating coach Lauren Zoeller, it's not always so clear-cut.

Sharing the dating advice in a TikTok video, the relationship expert said it's perfectly normal to feel butterflies ahead of your first or second date.

However after the third, she claims you should pause and take stock.

Lauren claimed: "Experiencing butterflies when you're with someone after you have been dating them for a while is actually a sign from your nervous system that something is not right about the relationship."

Instead, Lauren claims that "true intimacy" with that special someone "feels like coming home".

She continued: "Butterflies can be a sign that the relationship is not safe or that you need to some deeper healing.

I was incontinent so I got a £4k designer vagina, reveals Nicola McLean, 40

"A little anxiety is normal on the first couple of dates – but if it's been going on a while, it's time to go!"

In response to a viewer who argued that butterflies were a "sign of excitement", Lauren added: "Yes! At the beginning. However, long-term they can mean a disregulated nervous system response."

One replied: "So true, I had butterflies so bad and it was a big warning that I ignored never again!"

"Yeah, didn’t know that in my 20s," another added. "Ended up being with the guy for almost two years before I broke it off."

However, others argued that three dates wasn't enough time to really know someone.

A third wrote: "Geez three dates is nothing!!! C'mon now."

For more relationship stories, this woman sends herself drinks from fake secret admirer on first dates – trolls say it’s embarrassing but it's to show her worth.

And this woman found out her boyfriend was cheating when she was shopping on DEPOP – his other girl sent the cheekiest response.

Plus this plus-sized woman said skinny girls think their boyfriends are safe around her – but guys love her curves.