GETTING your kids to do their teeth before bed can be a challenge, and a mum has come up with a creative solution.

Savvy mum Jacqui showed how she has made a mini bathroom station for her toddler, so he can get himself ready in the mornings. 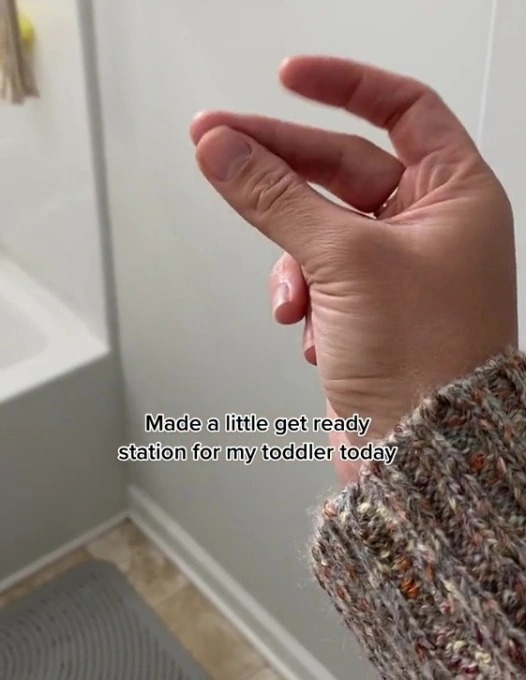 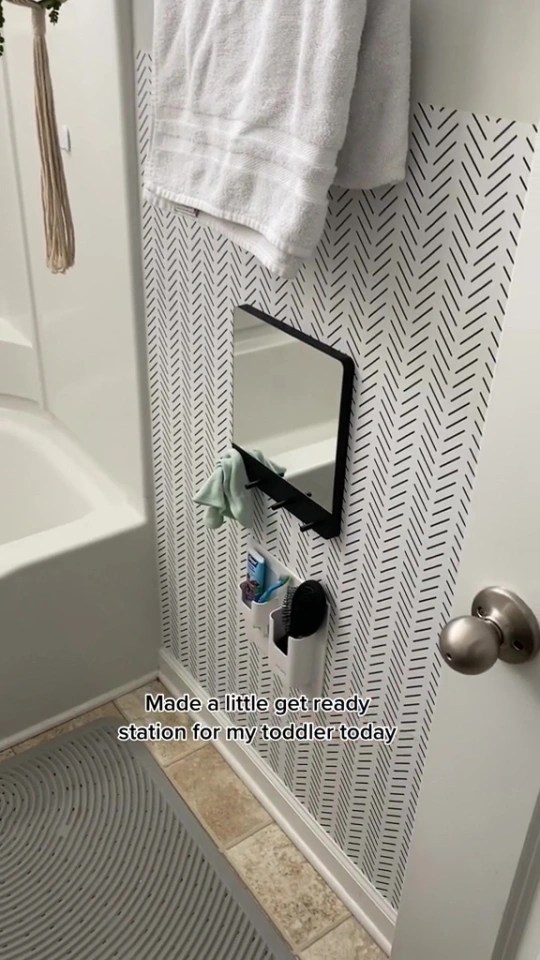 On her @jacquinixonjacqui account, she showed how she had added a mirror and toothbrush holder to the wall near the ground so it would be at his head height.

She also added a little hair brush so he could comb his hair in the mornings too.

She explained: “Wanted to make a little station for my toddler to get ready independently.

“It was super easy to do during nap time.

The little station means that he won’t need help from adults with reaching any of his items in the mornings.

Her creative idea has been a hit with parents, and racked up 20,000 likes.

One person said: “THAT is so cute.”

Another added: “Doing this. Next project!!!”

Previously, a mum said she picked the perfect baby name but trolls say her son will be bullied for life.

And a mum of FIVE kids under five & people always want to know what my bedtime routine is like…(prepare to be exhausted).

Meanwhile, a mum-of-three says her kids have the same birthday.