A MUM was told "lose your leg or risk dying" after doctors hit a bundle of nerves at the base of her spine, while giving her an epidural during labour.

Doctors discovered the plum sized fatty lump, which was tethered to Sarah Beamis' spinal cord, when they injected her during labour with her second daughter Emma-Leigh, now 14. 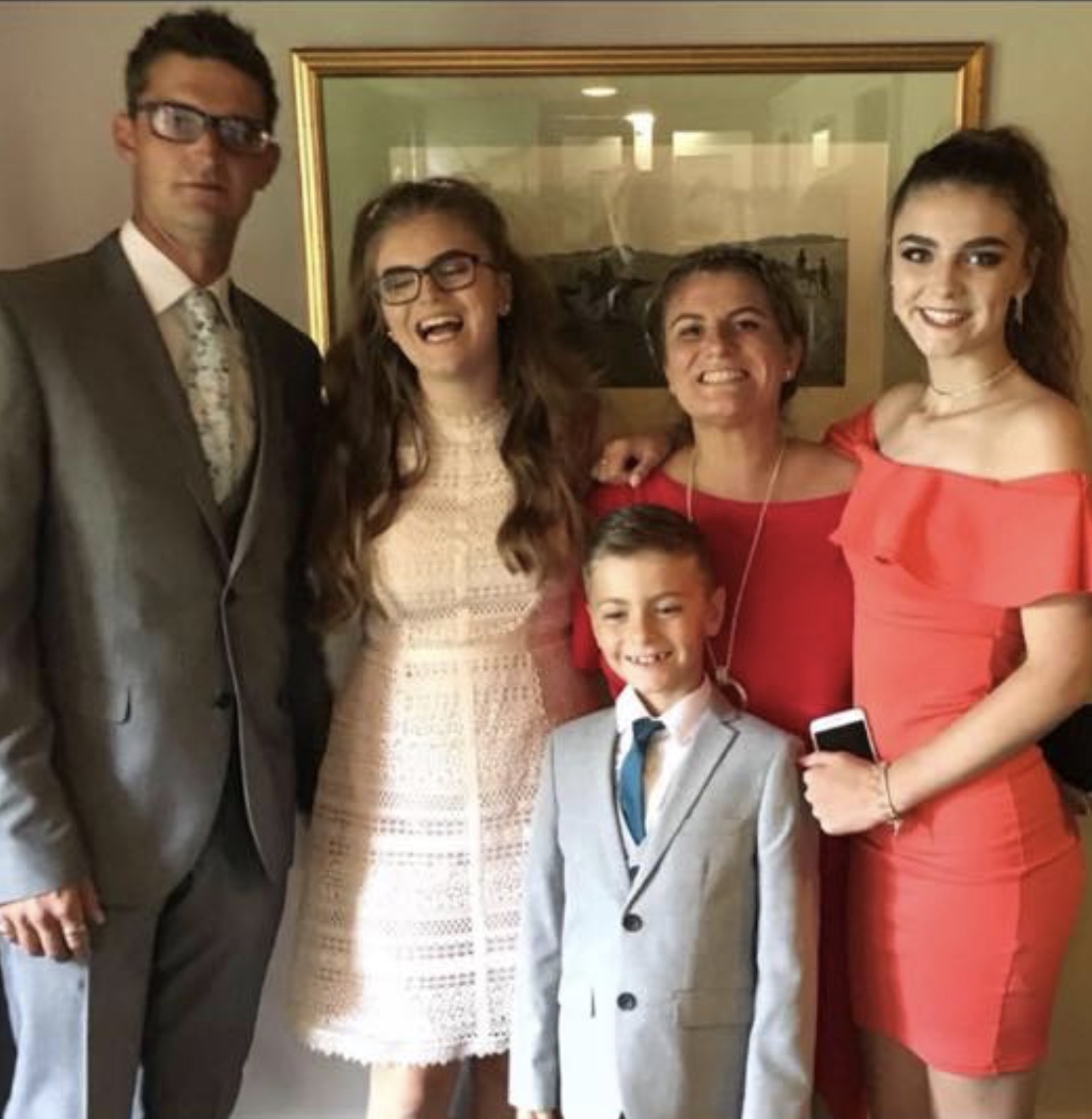 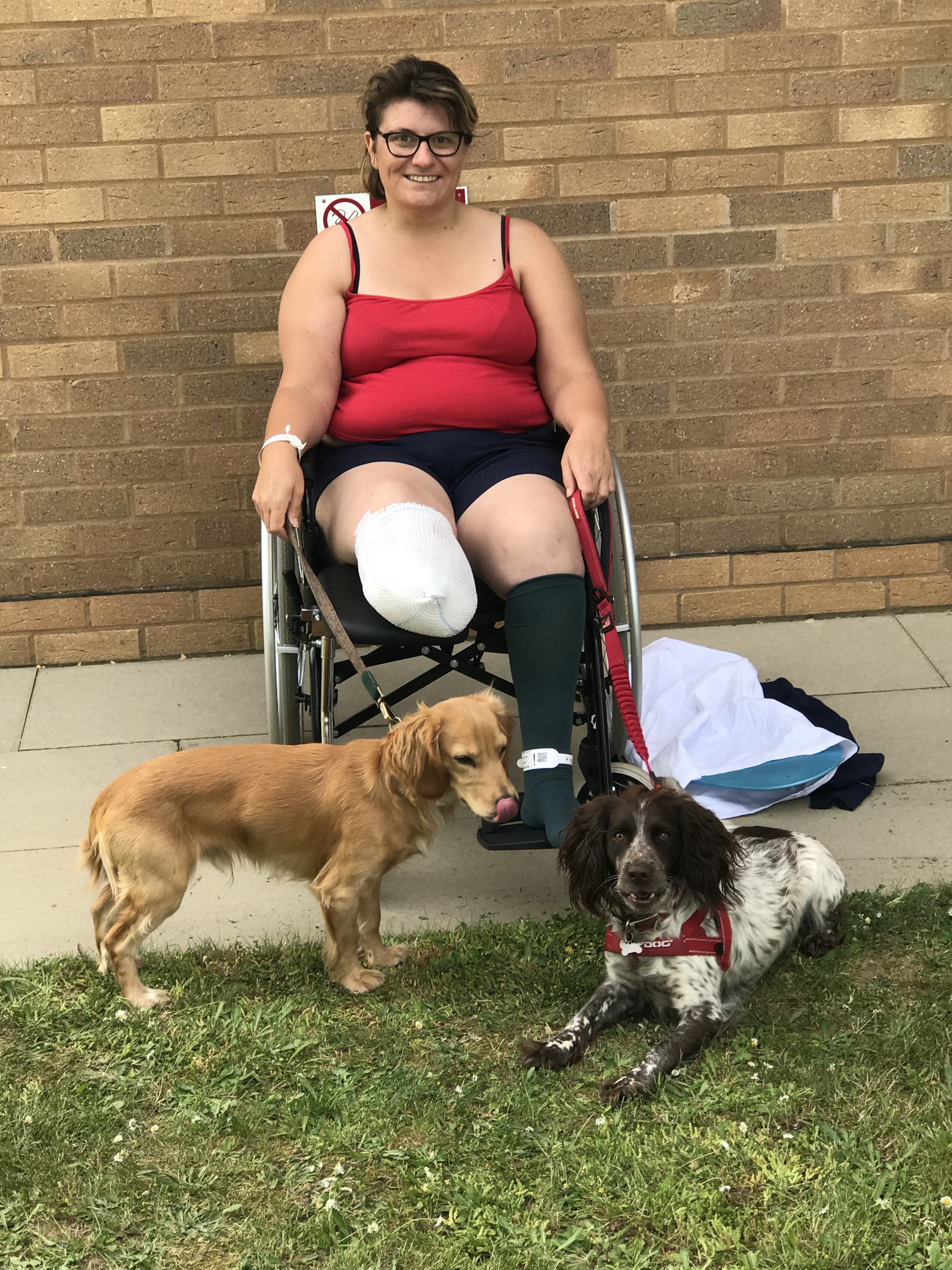 It sparked 13 years of trauma for the now 38-year-old, who was already mum to Charlotte, 16, culminating in her losing her leg.

Speaking exclusively to Fabulous, Sarah, from Dereham, Norfolk, said: "I needed an epidural and the doctor really struggled to get it in my back.

"Afterwards, my left foot felt numb all the time.

"I’d been born with a strawberry birth mark at the base of my spine which the doctors told my parents was a kind of mild spina bifida.

"I was monitored but hadn’t needed any treatment, and the only sign of anything wrong was the occasional pins and needles in my left foot.

"But once I’d had Emma-Leigh, the numbness would go up to my knee. I walked with a limp as I couldn’t feel my foot at all." 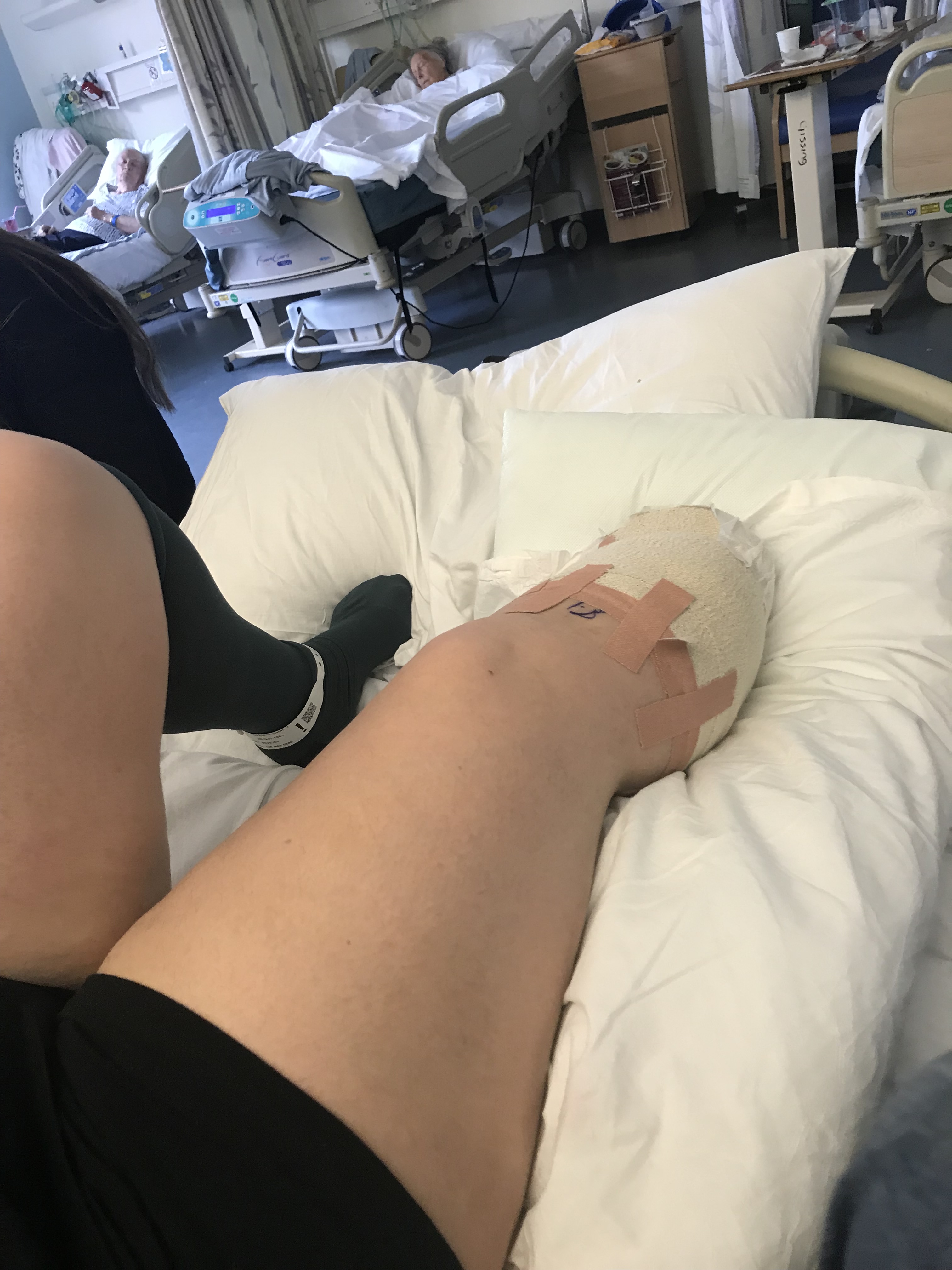 As the former show jumper's numbness continued, she was sent in for an MRI scan, which revealed the rare fatty lump was pulling Sarah's spinal cord down.

"The epidural had hit a nerve in the lump which was causing a problem down my left hand side," the mum-of-three said.

"The lump had always been there but no one knew as I didn’t have any symptoms."

I'm glad I lost my leg. I'd been so ill since doctors found the lump and as soon as my leg came off, I felt better

Sarah was booked in for a laminectomy at Addenbrooke's Hospital, Cambridge, so the doctors could remove as much of the lump as possible.

But surgeons discovered it was a tangle of nerves and the op, which should have lasted five hours, ended up taking 11.

"There were far more nerves in the lump than they thought and it was impossible to remove it all," Sarah said. "They didn’t want to risk paralysing me." 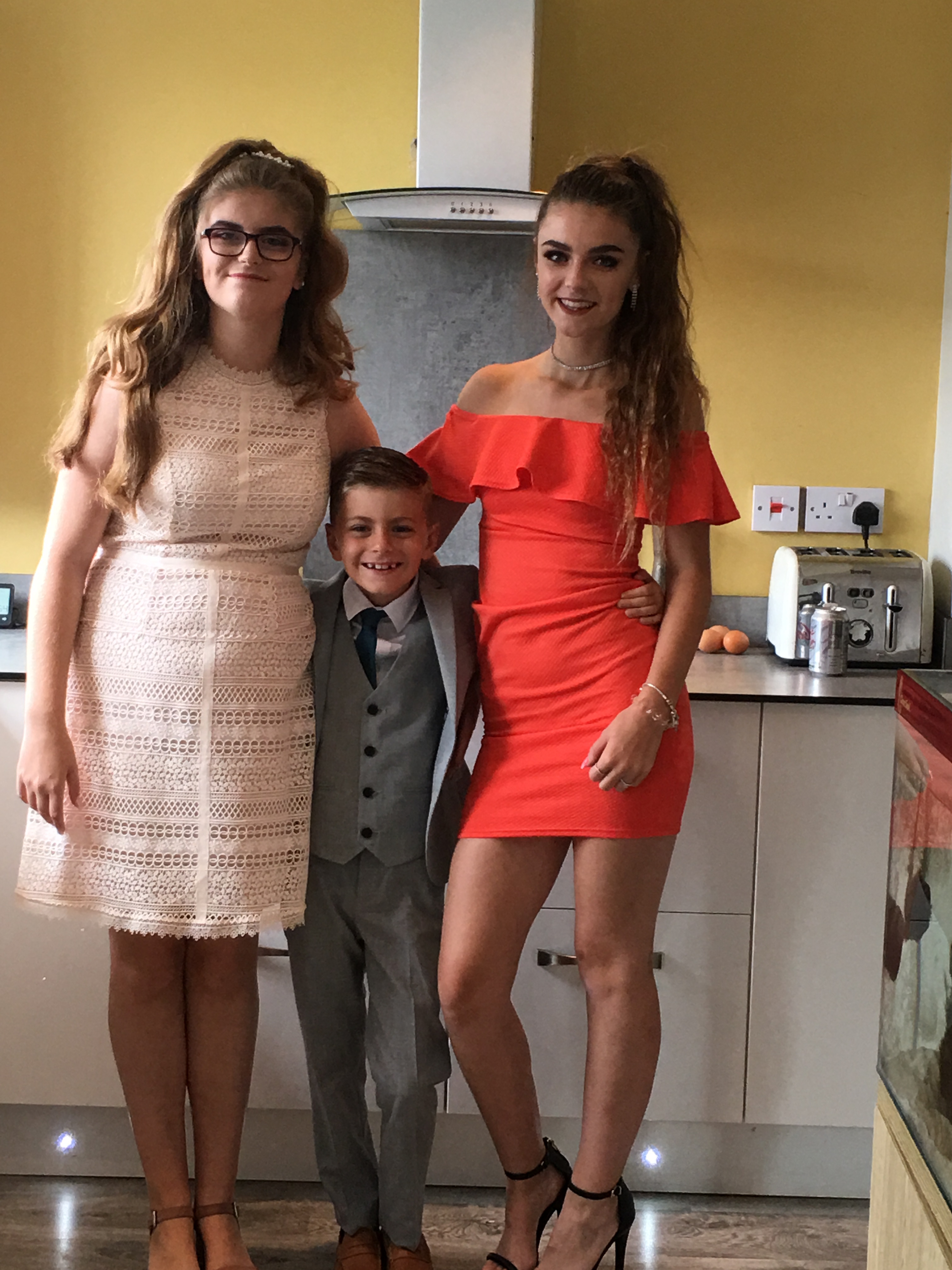 When she came round after the op, Sarah had lost all feeling from the waist down and needed a catheter to pass urine.

"I didn’t blame the doctors as they had warned that nerve damage could be a risk of surgery," she said. "It was a risk I’d been willing to take."

Medics soon realised the fluid leaking from Sarah's spine was infected and diagnosed her with bacterial meningitis – which could have killed her.

She was pumped full of antibiotics and taken back into surgery, to seal the leak.

When she was finally discharged from hospital, Sarah was forced to walk with sticks or use a wheelchair.

She said: "I had a little bit of feeling in both my thighs and my right side was stronger than my left, so I would put all my weight on that side when I used my walking sticks." 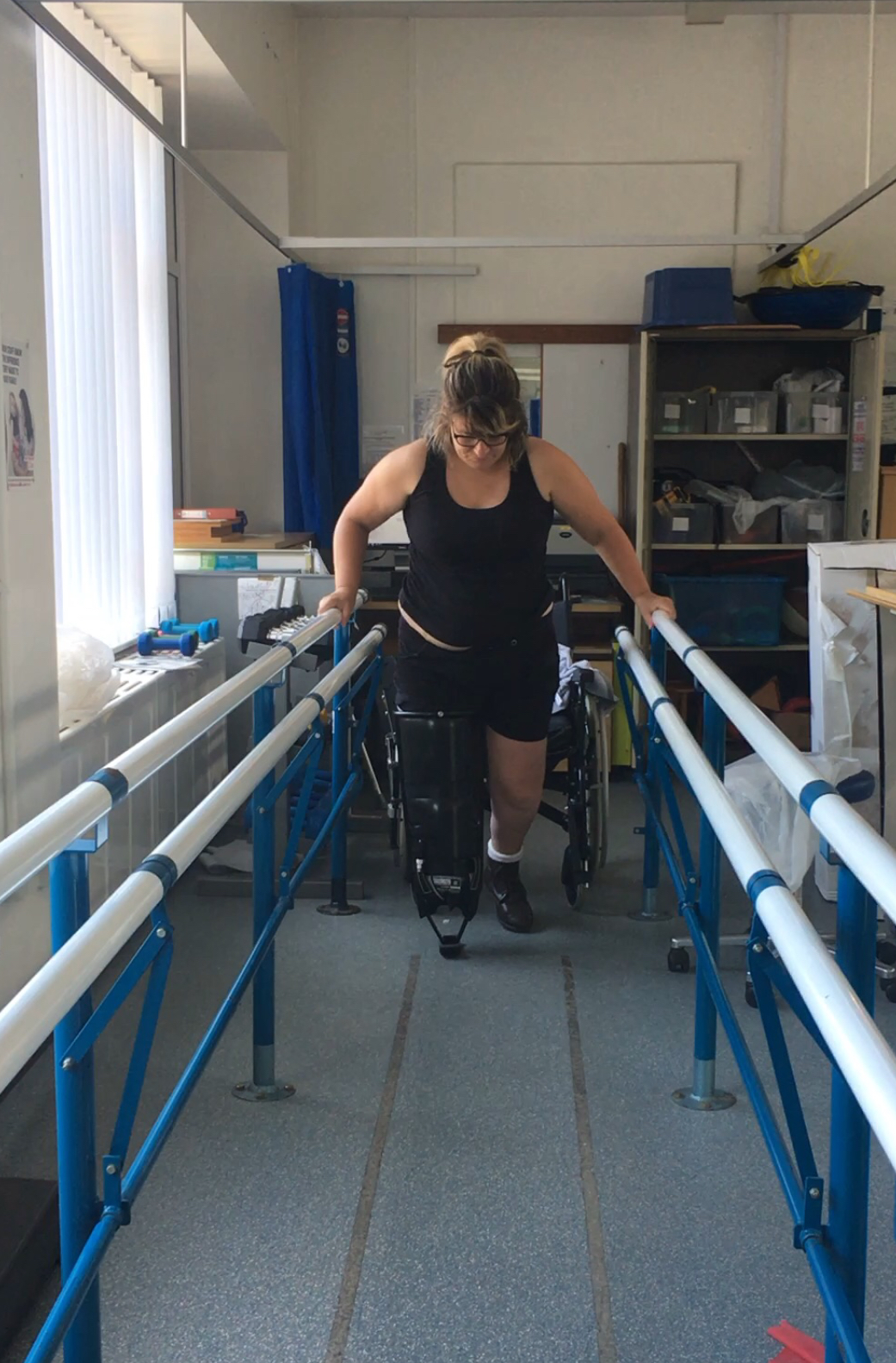 Sarah was put on medication for nerve control and warned it would leave her infertile. But miraculously, she fell pregnant when Emma-Leigh was three.

She said: "It was totally unexpected but I came off all the medication, excited to be having another baby.

"The pregnancy was hard because I had hyperemesis gravidarum, where I was sick constantly, and I had a sciatica-like pain in my legs.

"I couldn’t have an epidural and so I had to be put to sleep to have a Caesarean at 36 weeks."

I’m so happy and wouldn’t have discovered art if I hadn’t lost my leg. I'm so grateful, it's given me a new lease of life in every way possible

Her baby Jacob, now nine, was healthy and Sarah loved looking after him.

But, because she put all her weight on her right foot, the heel began to crack.

Eventually it became so infected she needed a skin graft, which didn’t work, and the infection developed into sepsis by March last year.

It was at this point that doctors were forced to amputate.

"It sounds so drastic," she said, "but I didn’t hesitate. There was a gaping hole in my foot that kept getting infected and was making me ill.

"It had been bleeding for two years and was getting worse.

"So I agreed and, by the time they amputated my right leg just below the knee, I’d done all my grieving for it and was relieved it was all over.

"ButI would still jump every time I woke up, looked down and saw that my leg was missing." 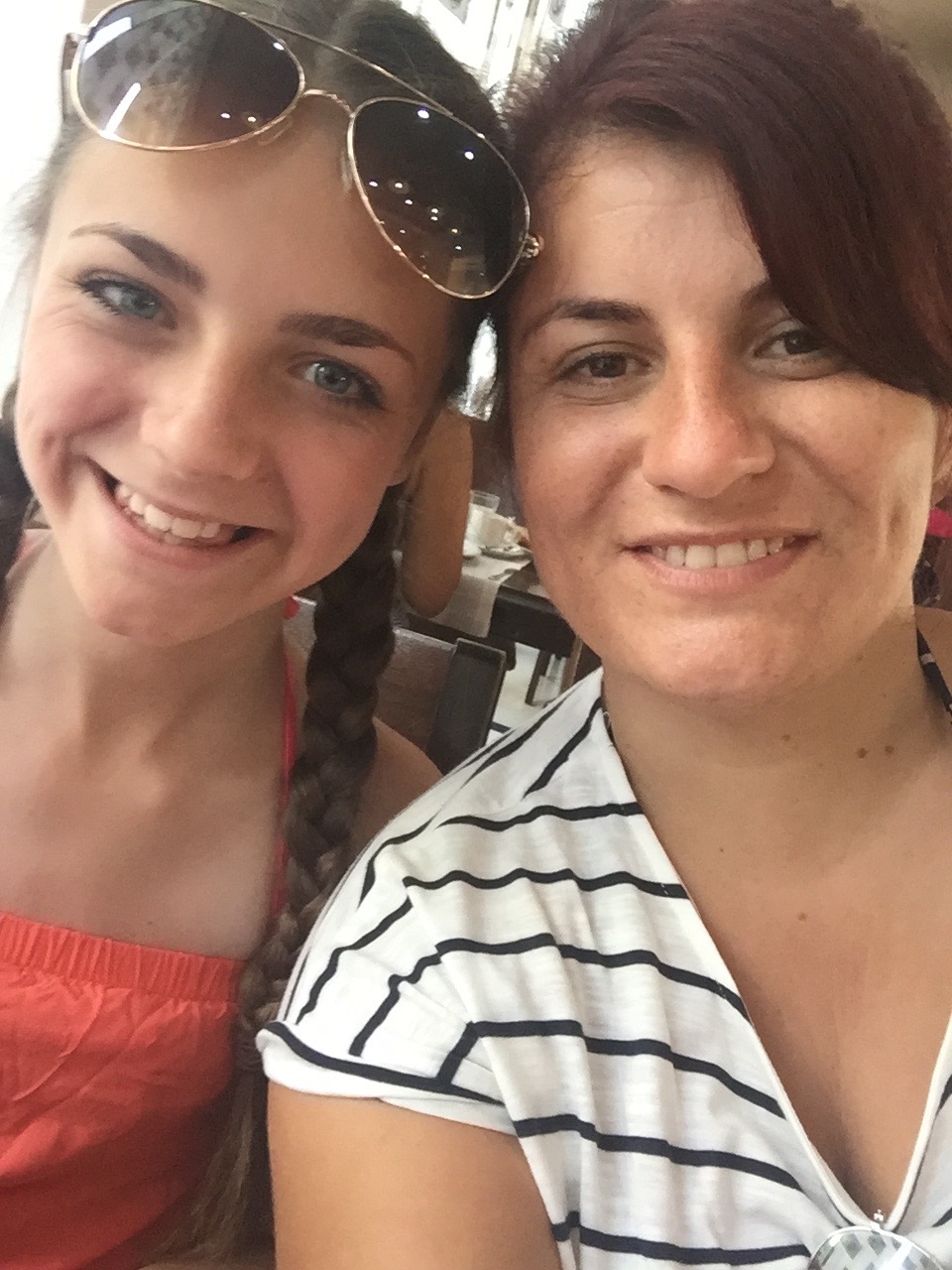 Despite the trauma, Sarah says she's glad she lost her leg – because it freed her from years of pain and inspired her to become an artist.

She said: "I'm glad I lost my leg. I'd been so ill since doctors found the lump and as soon as my leg came off, I felt better.

"My body had been fighting so many infections that had weakened me and afterwards I felt stronger and had lots more energy.

"I couldn't wait to learn to walk again and get on with my life."

An epidural is a common pain-relief injection used in childbirth and before or after some types of surgery.

It's injected into your lower back.

It's normally very safe, but there's a small risk of side effects and complications, including:

If you have any concerns, discuss these with your doctor before. You can't drive for 24 hours after having an epidural.

Sarah discovered her love of art in a rehab clinic, while waiting for her body to heal so she could be fitted with a prosthetic leg.

She said: "Before I got my prosthetic, I was sitting around in my wheelchair and became so bored of the TV I needed something else to do.

"I decided to give drawing a go, even though I’ve never done art. I surprised myself with how much I loved it and how my drawings turned out.

"I went crazy drawing everything I could see and discovered a love of wildlife and animals. 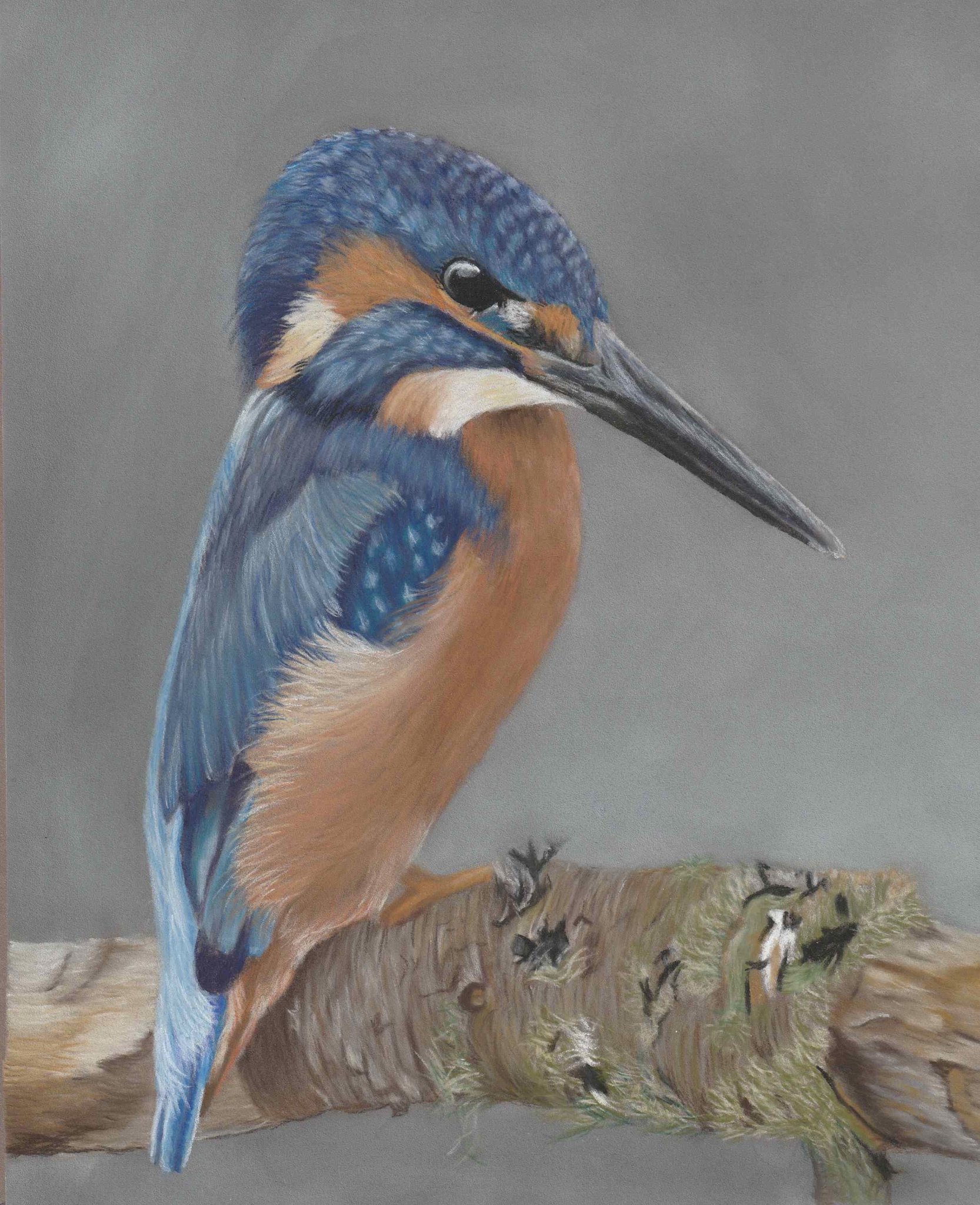 "As Christmas approached, I decided to make drawings of friends’ and family’s pets for presents and they loved them.

"They said I should do it for a living, that’s when I set up my website and became a full-time artist."

Sarah now offers pet portraits, drawn with pastel pencils, along with other animals and birds she sees.

She said: "I’m so happy and wouldn’t have discovered art if I hadn’t lost my leg. I'm so grateful, it's given me a new lease of life in every way possible.

"Now I get around on my prosthetic, which I found easy because I didn’t have any feelings in my feet before anyway, and draw for a living.

"I’m the happiest I’ve been for years and wouldn’t have life any other way."