A WOMAN has come clean and admitted to getting a rather… um… interesting set of tattoos.

She got a pair of eyes, inked just below each kneecap and although she says the pupils are 'looking in different directions' she doesn't regret getting them. 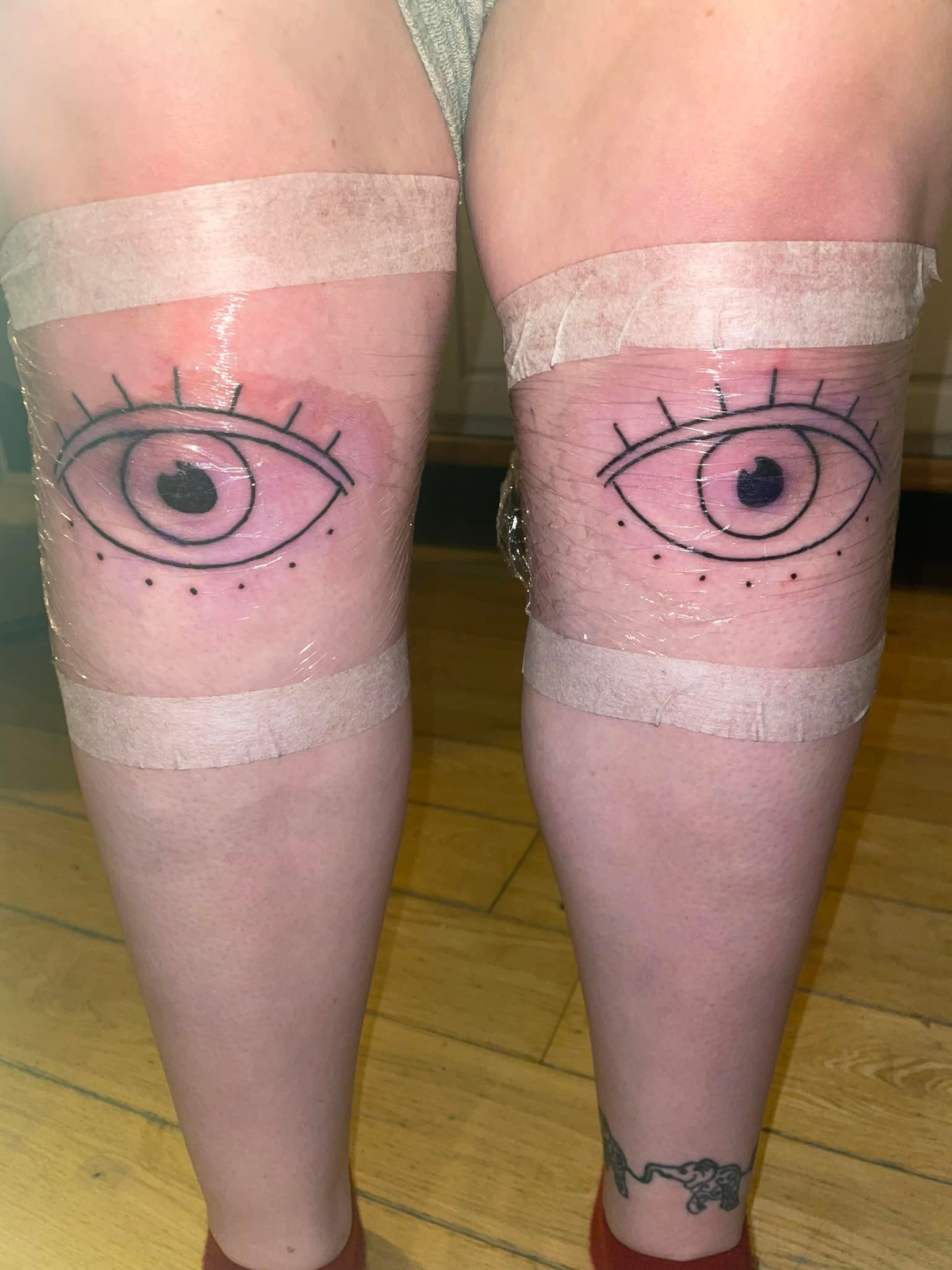 She gave her snaps a self-deprecating caption of: “Self shame Sunday right?"

“I got these bad boys done YESTERDAY.

“The last picture is what I asked for them to be similar to.

“I think they are hilarious and love them so no harm done, let me know what you think.

“It’s the fact that they are looking in different directions and the pupils are different sizes for me.”

The example Jordan was inspired by is a much smaller eye design delicately inked on the back of an ankle.

The example she gave looked similar to the tattoo seen on Lemony Snicket's fictional villain Count Olaf, who has a distinguishing tattoo of an eye on his left ankle.

Her own eye-catching tattoos ended up being much larger – but it isn't clear what size Jordan asked for.

Under the inspiration snap someone noticed: "This one looks more natural as you cannot see the entire iris. Yours look a lot more surprised as a result."

Famous face hides behind a disguise to go skiing – so can you tell who it is?

Willing to make a spectacle of her cornea tattoo she pointed out that the pupils looked wonky, were different sizes and were even looking in different directions.

Luckily, Jordan managed to the funny side and now admits that she 'loves' the slightly dodgy tattoos despite their unevenness.

She even said the eye-popping work was 'hilarious' and that there was 'no harm done.'

One wrote: “So were you trying to be the bald guy from Mamma Mia or is that just an unfortunate coincidence?”

Whilst one joked: “I looked in her eyes, well one eye as her knee went hurtling towards my face and that's how I got the broken nose, officer.”

Others could see the strangeness of the tattoo too as they asked: "Were they supposed to be this size?  I think someone misread the instructions."

A few were curious about the size as they asked: "Okay I need to know if you wanted them that big and if they charged you for a large tattoo being done instead of the tiny ones in the reference because that would be tragedy on top of the nightmare."

“I wouldn't have had them so big , it's not far off the design though, I'm quite chilled too and would laugh about them wouldn't bother me either.”

While another shared their reaction, saying: "I'm glad you're laughing, I'd have a panic attack and throw up at the shop if I asked for the reference photo and got THAT." 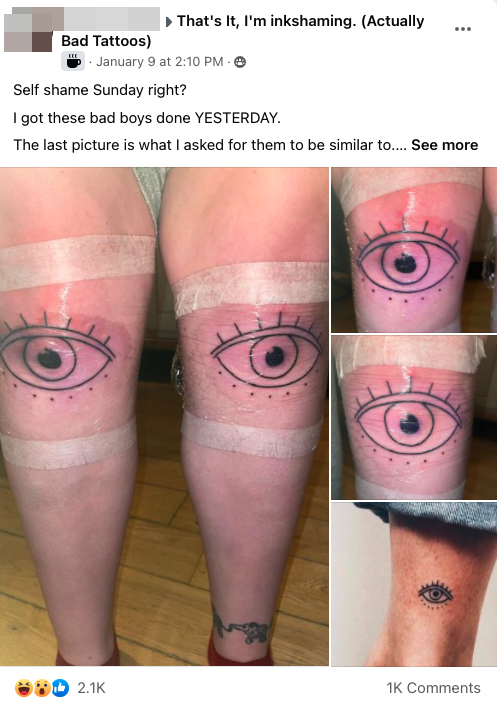 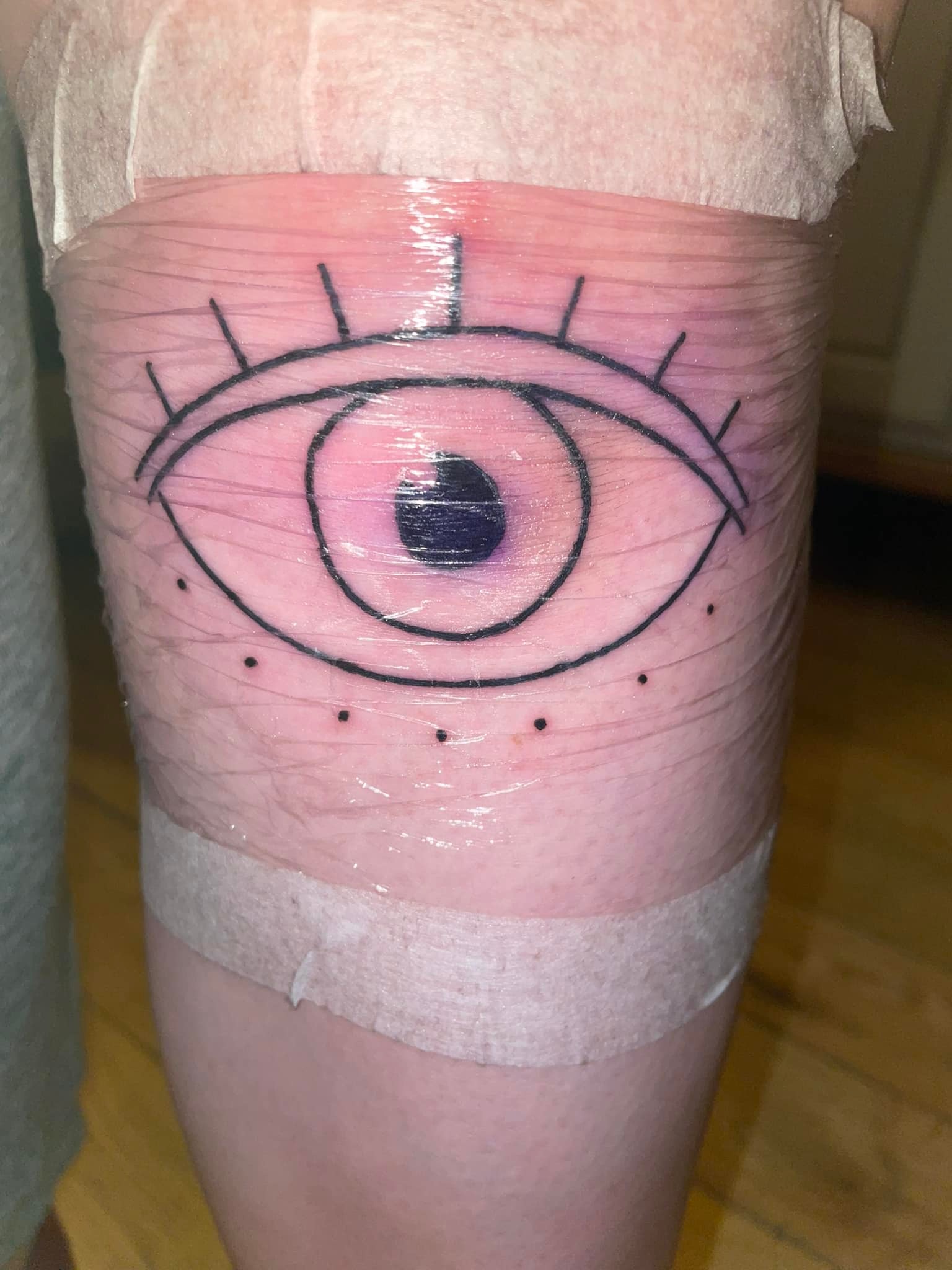 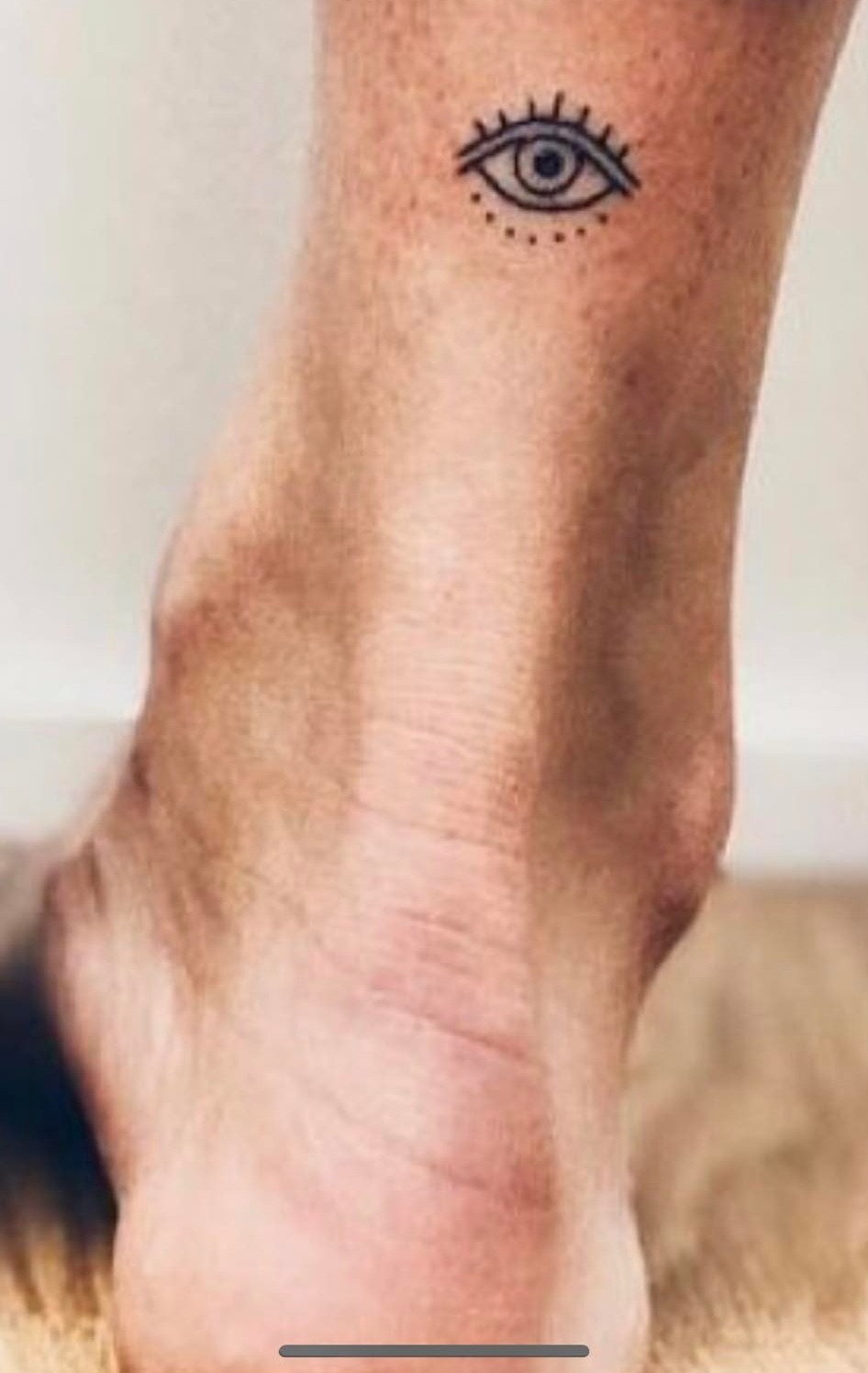 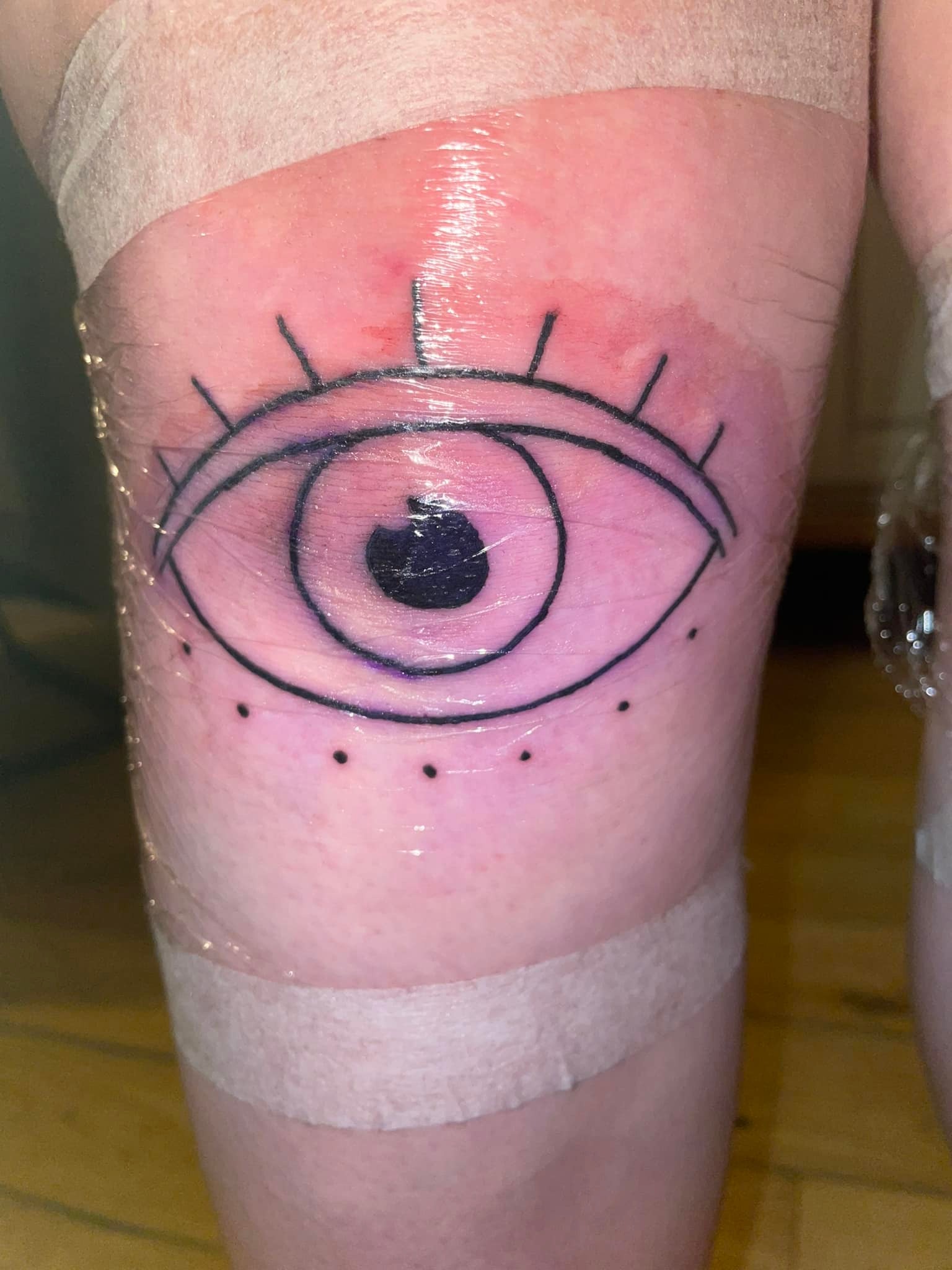 For more tattoo stories, check out this mum left unrecognisable after extreme tattoo transformation which left her feeling ‘vile’ and had HER mother in tears

Plus,I got the worst tattoo and can’t stop crying – I told the artist the size I wanted & she totally misunderstood