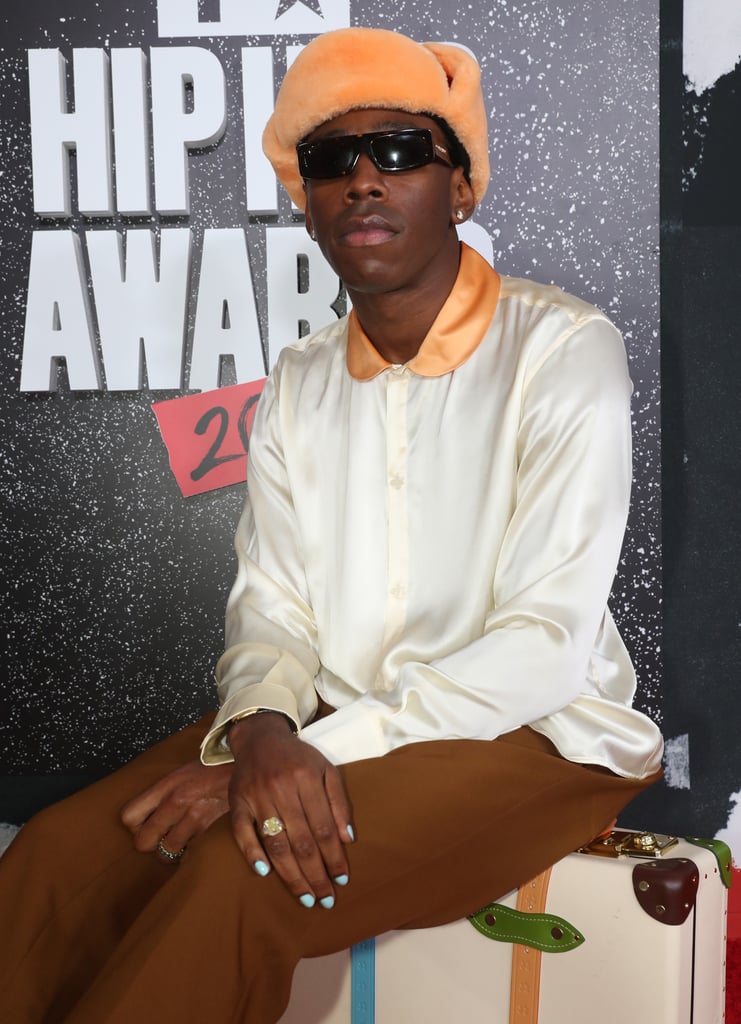 How Men in Hollywood Are Challenging Gender Norms Around Nail Art

As the conversations around beauty have evolved, so have the people who are actively claiming their places in the beauty community. From the rise of acne advocates to the normalization of traditional face tattoos in media, what was once an intentionally exclusive community has grown to include people from all walks of life. Nowhere is that more apparent than with the rise of the “menicure.”

Men wearing nail polish was popularized in the ’70s and ’80s when musicians like Lou Reed, Iggy Pop, and Robert Smith all had manicures as a part of their aesthetics, but “menicures” actually date back much further than that. “A number of Old Kingdom (c. 2575-2150 BCE) elite tomb chapels include scenes of men receiving nail treatments,” Elizabeth Frood, associate professor of Egyptology at the University of Oxford, previously told POPSUGAR.

Today, we’ve seen not only a rise in men wearing nail polish but also a rise in brands created by celebrity men. Machine Gun Kelly revealed that he was working on his own nail-polish brand, Un/Dn Laqr, in April 2021. Shortly after, Harry Styles announced the launch of his nail-polish line, Pleasing, in November. Tyler, the Creator became the latest to throw his hat into the beauty game with the launch of Golf le Fleur, which features three nail polishes, in December.

Because there has been so much inspiration going around as of late, we rounded up the best celebrity menicures ahead.